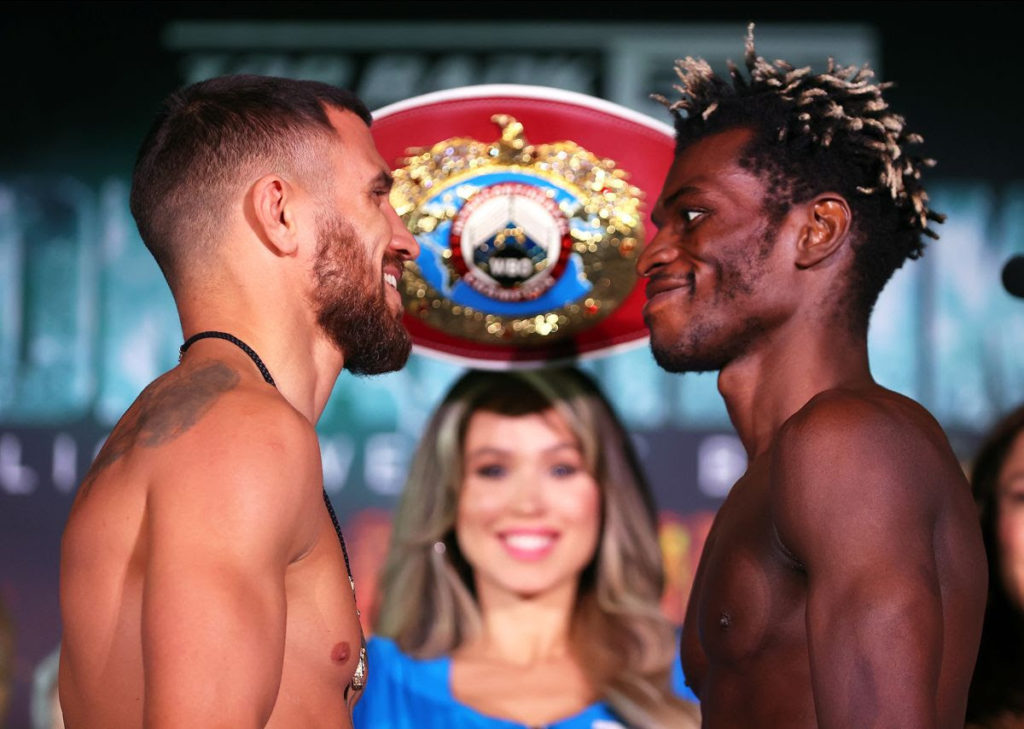 Only three weeks left in the year but the boxing doesn’t stop as we have several title fights that are taking this weekend which will play a huge part in 2022. One of those fights will get a chance to get into the mix to take on undisputed lightweight champion George Kambosos Jr.

Before I get into that, check out our latest episode of The Big Fight Weekend Podcast” as we have special guest Steve Kim this week to discuss what went down at Devin Haney-JoJo Diaz and more!

Here is a quick recap of what I was looking for last week.

Gervonta Davis was in a real dogfight last Saturday and looked good against a scrappy Issac Cruz. That’s back-to-back opponents with “moral victories” after facing Davis. Mario Barrios gets a crack a Keth Thurman in January after his loss, let’s see what Cruz faces next after this.

Devin Haney taking on Jojo Diaz looked real good but vulnerable against Diaz in a fight I thought Diaz had if he put more moments together in rounds.

Sebastian Fundora beat Sergio Garcia but to say it was ugly would be disrespectful to ugly. Fundora stated he was trying a “few different things” in the ring and while it worked against Garcia, will have to punch more against everyone else.

This is what I’m looking for this weekend.

Two lightweight contenders square off to close out the annual Top Rank Boxing event held at Madison Square Garden after the Heisman Trophy Ceremony on ESPN. This fight low key steal the weekend as I think Comey is more of a live dog than the odds and sportsbooks reflect. The winner gets in the mix for Kambosos and these two definitely would like a crack as they fight on Bob Arum’s 90th birthday week starting at 9:02 p.m ET.

The undisputed champion Taylor is in action against WBA mandatory opponent Firuza Sharipova in the co-main event Saturday from Liverpool. I expect this to play out the same way as her last fight against Jennifer Han turned out. Should Taylor be victorious here, expect the mega-fight chatter against Amanda Serrano to pick back up again.

It’s that time of the year again where someone who has been stockpiling for an event sets one up. That shoddy intro is how I present to you all Probellum, a Global Boxing and Media Company Well, these folks are putting a fight card on in Dubai and so far has IBF champ Sunny Edwards is the new main event as the original one this morning decided no thanks. We’ll see how Edwards looks in his latest defense as he closes out what should look interesting out in UAE early Saturday morning in the US.