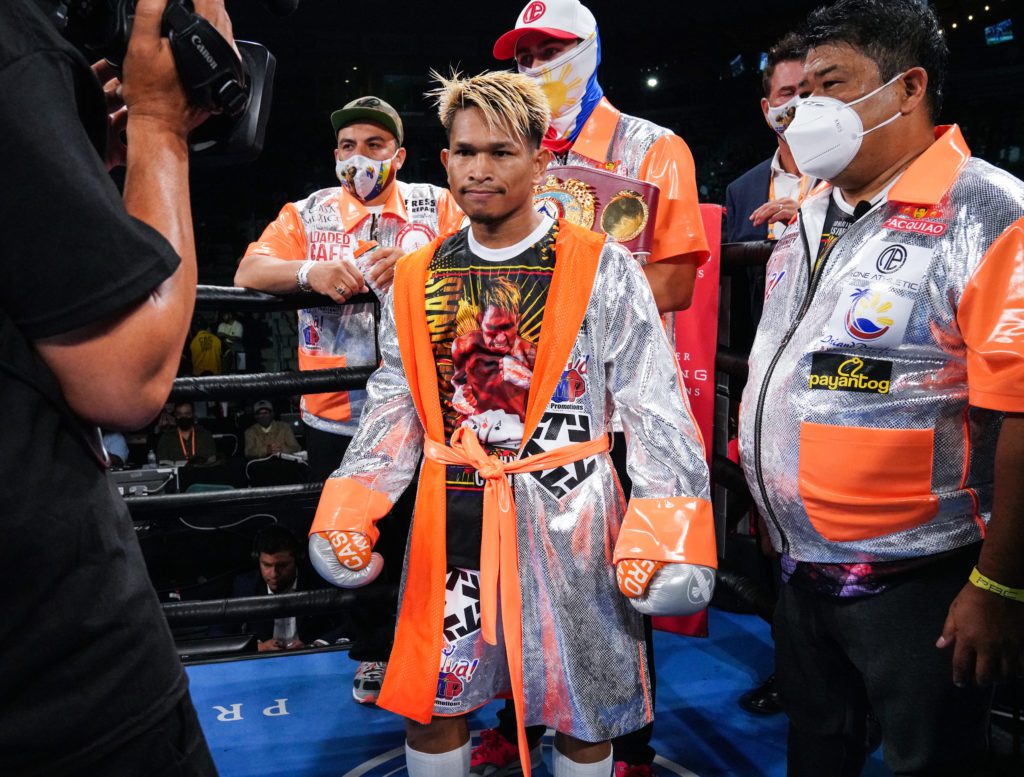 Controversy has followed WBO World Bantamweight champ John Riel Casimero for most of 2021 and now, on the eve of his latest title defense scheduled for Saturday night in Dubai, UAE, there’s more of it. This after Casimero failed to show for the Friday afternoon weigh-in prior to his defense against against his mandatory challenger, England’s Paul Butler.

Boxingscene’s Jake Donovan had more on Friday that Casimero’s camp is citing “Gastritis” (stomach condition) as the reason that he didn’t make it to the scales for the Saturday main event,

As of Friday morning U.S. time (Dubai is nine hours ahead of Eastern time) there was no clarification, yet on whether Casimero was being stripped his title for failure to follow through with the bout? That is a typical response by world organizations, especially with weight controversies. Rumors were flying around the fight site Friday that Casimero was “several pounds” over the 118 lb. Bantamweight limit and would have had no hope of making it.

As Donovan reported, Probellum, the promoter for Saturday night, has already matched Britain’s Butler with Joseph Agbeko, who was supposed to fight another fighter on the undercard. But, it’s not yet clear whether that bout will be for the WBO World title?

England’s Sunny Edwards will now be the main event fight, as he defends his IBF World Flyweight title against Jayson Mama in a scheduled 12 rounder.

Back to Casimero he was victorious in a lackluster 12 round decision in August over Guillermo Rigondeaux for the second defense of his WBO title. It improved him to 31-4, 20 KOs, and put him back in position for a possible fight with the legendary WBC champ Nonito Donaire.

However, when Casimero would not enroll immediately in the VADA (Voluntary Anti-Doping Administration) drug program it caused controversy.

That’s the voluntary doping organization that the WBC uses and does thorough testing for a longer period of time prior to fights. Donaire, suspicious of Casimero. wanted him enrolled in VADA immediately upon them verbally agreeing to fight.

However, that did not happen.

Casimero then insulted her on social media and Nonito Donaire decided to “stand up” for his wife’s honor and walk away from the proposed fight.

Now, with Casimero out for Saturday, it further clouds any possible Donaire fight in the future.