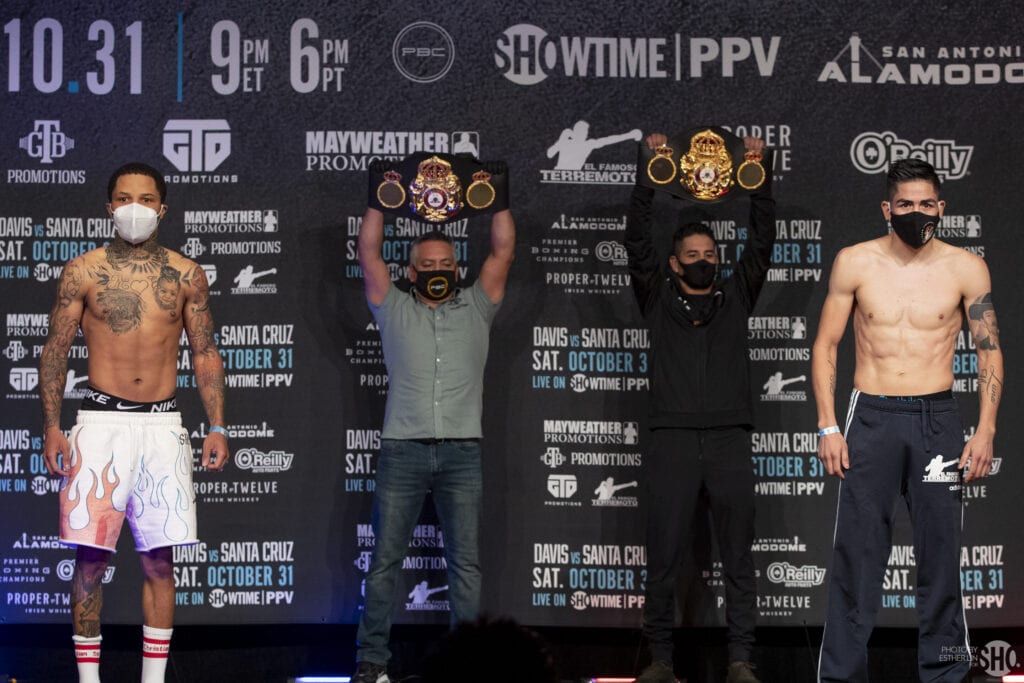 Halloween weekend is upon us, and we have a huge slate of fights to kick off this weekend. Not only are there a lot of fights to watch, but they are also a lot of them that aren’t simply showcase cards or “squash” matches.

Check out our latest jam-packed podcast to HEAR our thoughts, and it features guests Al Bernstein of Showtime and Jason Moloney!

In the meantime, here are the three things I’m looking forward to a huge weekend of fights across the world.

Moloney told us on the podcast and said that those think he would “rollover” need to think again at the final press conference.

Both Inoue and Moloney made weight ahead of their title contest that will close out the latest Top Rank Boxing show from “The Bubble” in Las Vegas on ESPN+.

A friendly reminder to all future press junkets that this would be Inoue’s Las Vegas debut and not his American debut on this card. To the promotional defense, HBO Boxing is looking and sounding more like a relic these days despite being a fight game staple for a majority of life on this Earth. 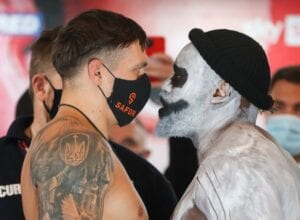 Normally, there are some form of antics going on when there is a Dereck Chisora Heavyweight fight. Whether it is him moving furniture or berating Matchroom Boxing promoter Eddie Hearn over money, it’s a lock that he’d do something not normal.

In the spirit of Halloween, Chisora came out in costume (pictured above) and didn’t maintain social distancing with the final staredown. It definitely made for a funny scene early Friday morning here in the United States.

Well, see if the ghost getup will be backed up against Usyk in what should be a legit challenge for Ukranian, as he was last seen against little regarded 38 year old American Chazz Witherspoon and won easily last year in Chicago. Usyk is currently the WBO mandatory challenger at Heavyweight and a win here will get him closer to an eventual playdate with current titleholder Anthony Joshua, unless he vacates that portion of the title.

Gervonta Davis “Weight Watch 2020” is over. Takes on Santa Cruz for double belts.

Can't wait for "Tank Weight Watch 2020" to be over with. #DavisSantaCruz

All pandemic long, Gervonta “Tank” Davis has been fielding nonstop speculation about him not making his weight for his contest against Leo Santa Cruz. They both made weight and we have ourselves a fight which will close out the latest Showtime pay-per-view live in front of fans at the Alamodome Saturday night.

Mayweather Promotion CEO Lenoard Ellerbe has told me and countless others on several if not numerous occasions, that Davis is the next pay-per-view star. What stands in his way is Santa Cruz who can become a five-division champion should he pull off the upset.

Davis at the final presser for this said something that show a different Davis from what we expect to see in the ring, who had had a slew of contests that has ended by knockout and in early fashion.

A standout victory against Santa Cruz for Davis will do just that.