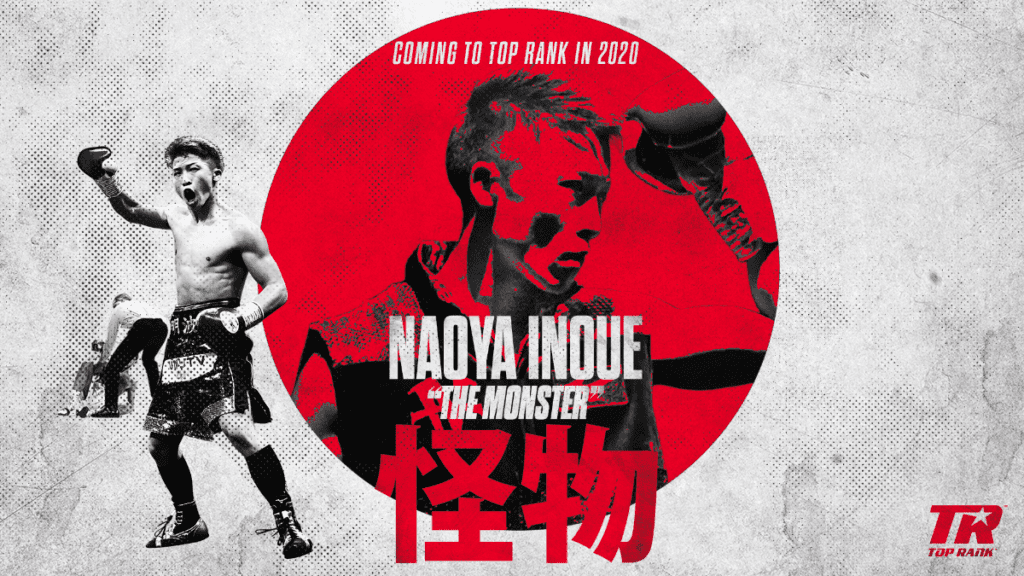 Inoue has signed a multi-year promotional agreement with Top Rank, which will co-promote his bouts with Ohashi Promotions on the ESPN family of networks. His first fight under this new, landmark agreement will take place in the United States in early 2020.

The 26-year-old Inoue is coming off a thrilling unanimous decision over Nonito Donaire earlier today in the championship of the World Boxing Super Series.

IT'S OFFICIAL: The Monster is coming stateside.

Unified Bantamweight world champion and pound-for-pound staple @naoyainoue_410 will fight on the ESPN family of networks in the U.S. in 2020 as part of a multi-year promotional deal with Top Rank.

“Naoya Inoue is a generational talent, the sort of fighter who comes around once a decade,” said Top Rank chairman Bob Arum. “He is already a superstar in Japan, and he will be major star stateside in no time. You are looking at an all-time great who is entering the prime of what will be a historic career.”

“It is a tremendous honor to sign with Top Rank and to showcase my talents on ESPN,” Inoue said. “I look forward to 2020. I’ve fought in America once before, and I look forward to doing so again in the very near future.”

“I would like to thank Mr. Bob Arum and Mr. Todd duBoef,” said Hideyuki Ohashi, CEO of Ohashi Promotions. “ESPN is a tremendous platform for Naoya as he continues his career.”

Inoue (19-0, 16 KOs) born in Zama, Japan, compiled a reported 75-6 record in the amateur ranks before turning pro as a 19-year-old in October 2012. He won the WBC light flyweight world title in his sixth pro fight and defended that belt once before moving up two weight classes. Inoue knocked out longtime WBO junior bantamweight world champion Omar Narvaez in the second round and then defended that belt seven times before joining the bantamweight ranks.

He is 14-0 with 12 knockouts in world title bouts and is one of six male boxers from Japan to capture world titles in three weight divisions. Before the Donaire fight, he had knocked out seven consecutive opponents who had never been stopped before. Inoue is a consensus top five pound-for-pound boxer, and many experts rate him as the world’s best fighter.

A YouTube sensation, his one-punch knockout of Juan Carlos Payano last October was named by many outlets as the 2018 Knockout of the Year. In his fourth pro fight, he bested Ryoichi Taguchi over 10 rounds to win the Japanese light flyweight title. Taguchi went unbeaten for nearly five years after facing Inoue, unifying light flyweight world titles in the process.

A three-weight kingpin, Inoue has more weight classes to conquer. The legend of “The Monster” continues on ESPN in 2020.