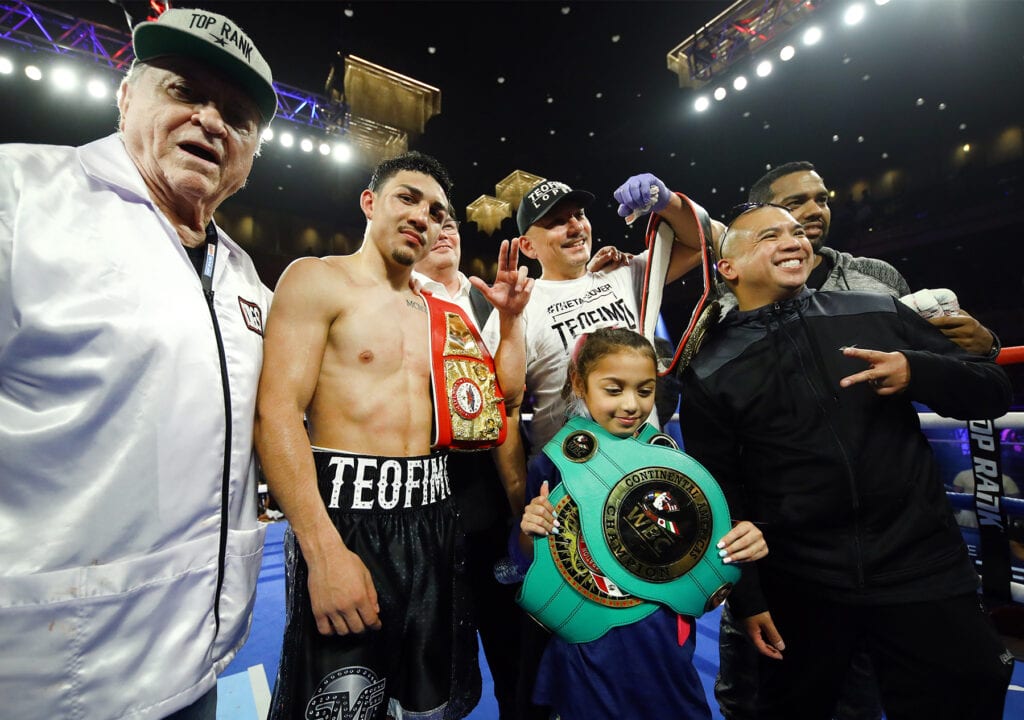 It’s looking like “The Takeover” is being pushed back at least two more months.

Tuesday afternoon, Mike Coppinger of The Athletic reported that Teofimo Lopez had tested positive for COVID and that the entire 13 fight card, including his main event bout against George Kambosos, has been pushed back to Aug. 14th.

“We send our best to Teofimo and hope he gets well soon and looks forward to seeing this epic battle on Aug. 14.,” said Triller’s co-owner Ryan Kavanaugh to Coppinger.

BREAKING: @triller founder @RyanKavanaugh tells me Teofimo Lopez tested positive for COVID this morning after a PCR test and is symptomatic. As a result, his four-belt lightweight title fight vs. George Kambosos, set for Saturday, is being moved to Aug. 14, along with undercard

The question now begins, where will this fight take place at if at all?

The fight between the 16-0 Undisputed Champ and the 19-0 challenger from Australia was set to take place at loanDepot park, originally for this weekend. Still, if it’s pushed back to August, they won’t be able to play there as the Miami Marlins take on the Chicago Cubs on Puerto Rican Heritage Weekend. If you think they can move down to Hard Rock Stadium, that’s a no-go well, as the Miami Dolphins are in action in a preseason football game to kick off their NFL season.

Secondly, with the positive COVID test, Lopez will push back more than likely the amended agreement he just signed with Top Rank for about in October.

Thirdly, the if at all part is because this will make the second time they had to push this fight card back. The delayed card was set for June 5 but now has moved to August. There is no idea of the new venue, fighters complaining about money of previous Triller shows, and the fact that this pay-per-view price was raised from $49.99 to $59.99 is about as many red flags you can point out. I hope Teofemo feels better, but I hope Triller gets a speedier recovery from all of this cause this on the outside looking in looks rough.