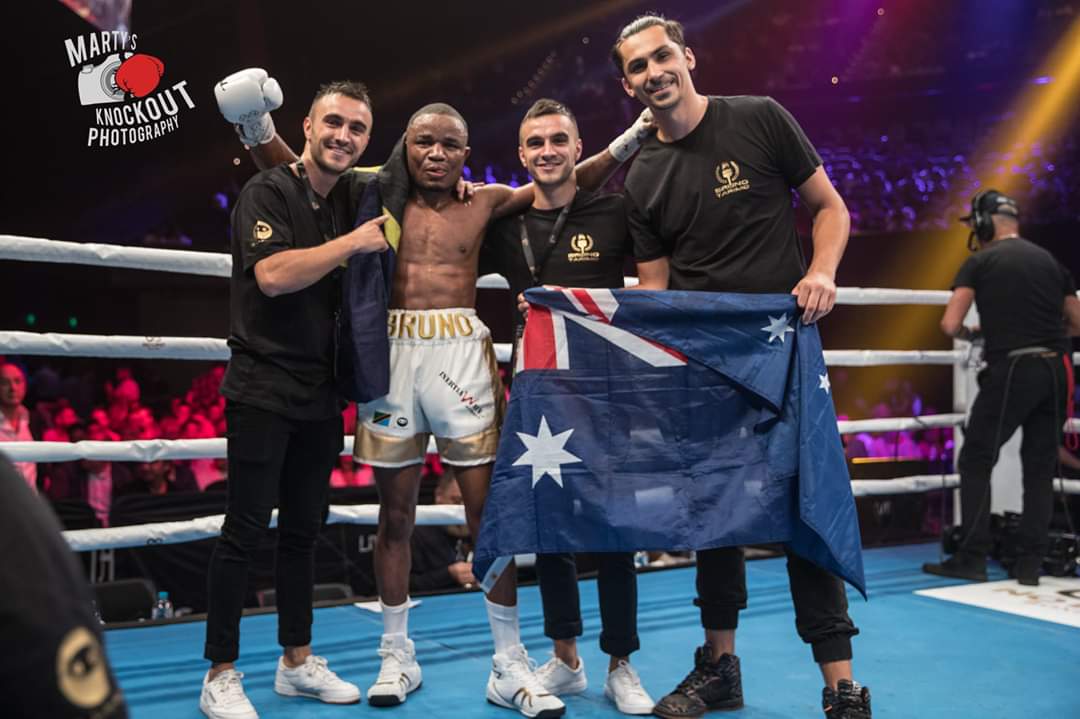 Tarimo focused on title shot in 2020

Tarimo secured a unanimous decision win against the highly rated May, as the Tanzanian pressed the action from the outset and displayed a skill level that many didn’t expect from the all action super featherweight.”

Tarimo now will likely sit in a lofty position within the IBF ratings and the 130 pounder opened up about his victory against May and his year as a whole.

Tarimo said, “Firstly I have to thank God for making all of this possible. I want to thank my manager Tony and my trainer Angelo for getting me these amazing opportunities and getting me prepared in the right way for these big fights.

“I have had a fantastic year in the ring and 3 fantastic victories at home and abroad. I have beaten two of Australia’s best fighters in Joel Brunker and Nathanial May and now I believe that I can beat some of the world champions. That’s where I believe I should be now and God willing these types of fights will happen in the future.”

The IBF 130 pound champion comes in the form of Philadelphia standout Tevin Farmer. Tarimo gave his take on a potential clash with Farmer.

Tarimo said, “I would love to fight any of the champions. I have won and defended IBF titles 3 times this year and I believe this should put me in a position to fight Tevin Farmer.

“Farmer is a great fighter and a great champion. He has not fought too much this year as I know he wants the mega fights. Boxers need to fight however, they cannot wait to fight forever. So if Farmer needs a fight, I would be more than happy to step in to fight him.”

Tarimo continued, as he elaborated on his versatility in weight classes, “I can fight as low as super bantamweight. I have already proven I will fight anyone and I will. In 2020 I really do hope I get an opportunity for a shot the world title. I don’t care if it is at 122, 126 and 130.

“I would be happy to fight at any of those weights against the best opponents. I just want to keep getting these big opportunities and I know my manager Tony Tolj will get me these opportunities as he has done already.

Crawford-Mean Machine Final Presser Quotes
Arum believes Pulev can beat Joshua
Advertisement
To Top
We use cookies to ensure that we give you the best experience on our website. If you continue to use this site we will assume that you are happy with it.Ok