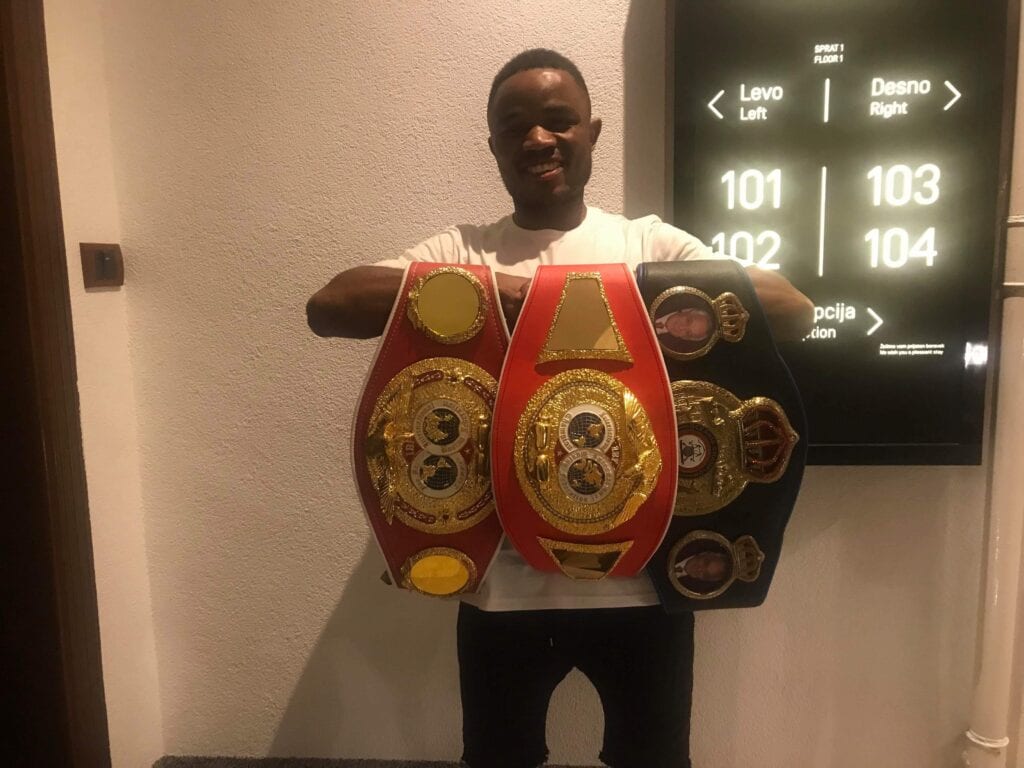 The belt collection for Bruno Tarimo is getting larger as this time against Serif Gurdijeljac he continued his winning ways and added the IBF International Super Featherweight title to his ever-expanding trophy cabinet.

Tarimo won the contest on 2 of the 3 judges scorecards, with one bizarrely scoring it against the Tanzanian in a fight that saw Tarimo control the pace and press the action from start to finish. Robberies occur in boxing on an almost weekly basis in regards to away fighters, but Tarimo was not to be denied as his dominant performance was recognized by two of the three scoring judges. 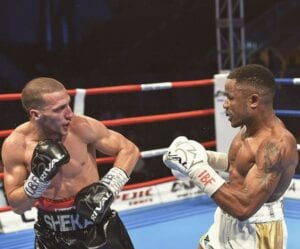 Tarimo continued, “I also have to thank The Moloney twins and Billel Dib for all their help. They are fantastic fighters and being able to train alongside them and spar with them has improved me so much as a fighter. WIthout their world-class help, I wouldn’t be where I am today, so I am very grateful for them.”

Tarimo now will look to gatecrash the IBF world rankings, and the Tanzanian assessed the outlook of the 130-pound division and Australasian boxing around the junior lightweight division.

The two-time IBF regional belt holder said, “I’d like to fight Tevin Farmer. He seems to be going around in circles with opponents and if they need an opponent I would step in and give him the fight of his life. He has never faced anyone with my style and I would show that if we fought.

“If I can’t get a big world title fight I would love to clear up in Australasia. I can make 126 still even 122 no problem. I would fight Luke Jackson or Billy Dib if they wanted to try and get back into the world ratings. People are talking about Jai Alexander and Brock Jarvis, and I would happily fight them too. I’ve proven in my last two fights I can go into your backyard and beat you, and I would do the same with all of them.”