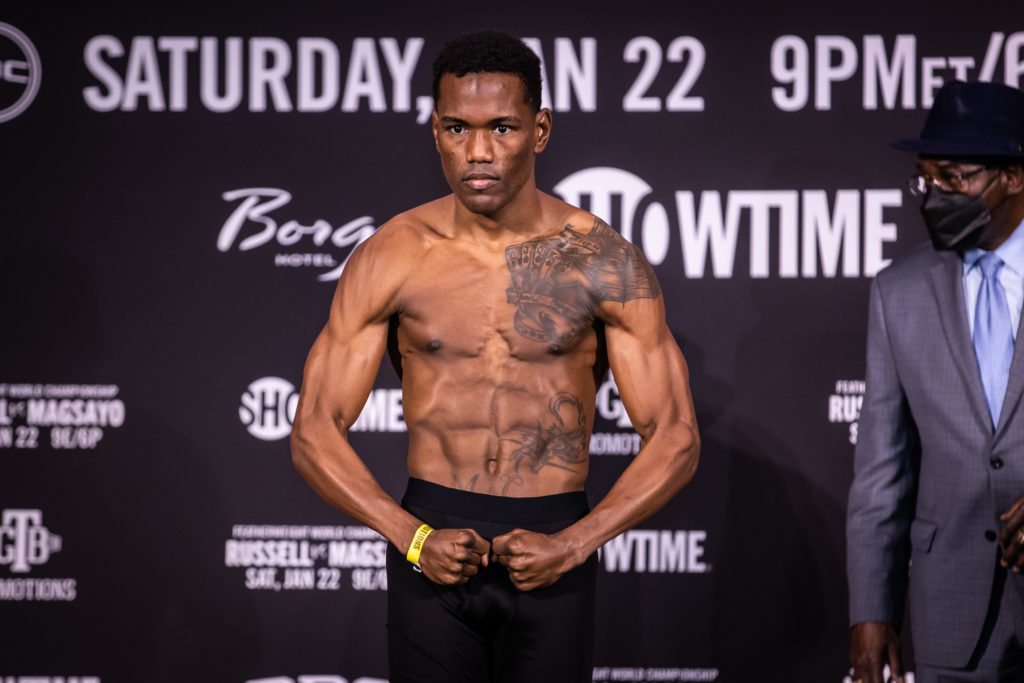 Subriel Matias On Ananyan Rematch- “One Of Us Getting Knocked Out”

Coming up Saturday night in Atlantic City, Junior Welterweight prospect Subriel Matias will look to avenge his only pro defeat in the co-feature fight for Showtime’s Gary Russell-Mark Magsayo card. And, Matias has made clear that he believes this will be a “knockout or get knocked out” rematch with Armenian Petros Ananyan.

At Thursday’s final press conference Matias, 17-1, 17 KOs told the media that he expects a big showing in trying to avenge his February 2020 defeat.

“On Saturday you’re going to see my improvements. All of the questions about me and about what happened in the first fight, they’re going to be answered in this fight,” Matias predicted.

“It’s either him or me, but one of us is getting knocked out. I need to make this a big victory to redeem myself and my career.”

Matias is currently #2 at Jr. Welterweight for the IBF and #6 in the WBC world rankings, and a win Saturday will prop him up even more.

Hear more of a preview of this bout off our “Big Fight Weekend Podcast,” as Carlos Toro joined me to discuss Matias-Ananyan and the whole Showtime Saturday night card,

As for Ananyan he comes in 16-2-2 and is pointing towards a possible title shot, himself, specially, if he is impressive in a high-profile bout like Saturday.

“This fight is a very good opportunity for me. I’m ready to give everyone a big fight. I have to thank Matias, because he’s giving me this chance to fight him again on a big stage like this,” Ananyan relayed.

“Everyone knows it’s been difficult through the pandemic and I’ve been wanting this fight throughout the whole time. I promise I’m going to be ready on Saturday night. I’ve been waiting for a long time for this one…

“I believe in my heart that I’m ready. I just love to fight. Knockout or not, it doesn’t matter. I’m going to show my skills and give it my all to win this fight. This is the kind of fight that boxing needs.”

He largely out-slugged he Puerto Rican Matias on the undercard of the second Tyson Fury-Deontay Wilder bout in Las Vegas nearly two years ago.

Now, these two will showcase their power and more in this battle.