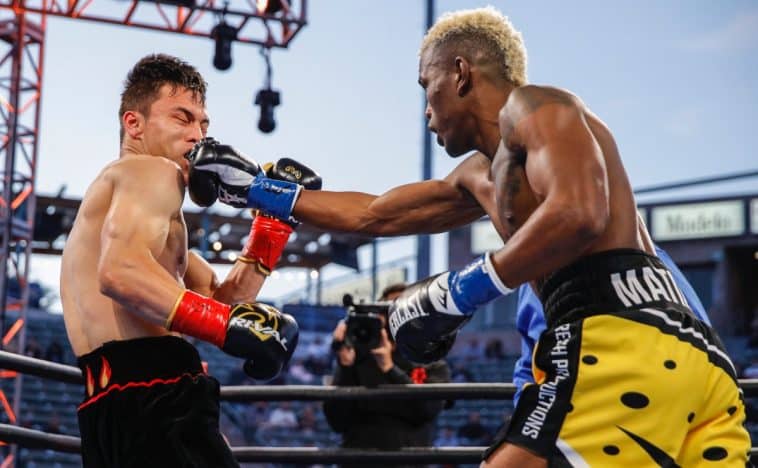 The ordered battle for the vacant IBF 140 lb. crown that was slated for October 15th is postponed. At least that’s what one of the participants, Subriel Matias says and posted on social media about it Saturday.

Even though it hadn’t been officially announced, Matias was reportedly slated to face Jeremias Ponce on the undercard of the PBC pay per view that will feature heavyweights Deontay Wilder and Robert Helenius in the main event.

Matias, 18-1, 18 KO’s, moved into the IBF’s number-two position with an 8th round TKO of Batyrzhan Jukembayev May of 2021 in Carson, California. He then kayoed Petros Ananyan in the ninth round in January.

Meanwhile, the top contender Ponce, 30-0, 20 KOs, won his bout in June of last year with an impressive TKO of Lewis Ritson in Newcastle, England to get him the top spot. Ponce has won two fights, both by early KO, since the Ritson win to solidify his standing in the IBF.

Ponce is from Argentina and that’s the apparent complication for the October 15th date, at least according to Matias.

The IBF junior welterweight belt became vacant when former undisputed champ Josh Taylor of Scotland elected to rematch England’s Jack Catterall later this year. Taylor won a disputed decision over Catterall in Glasgow, Scotland in February and there is a big demand in the U.K. for them to fight again.