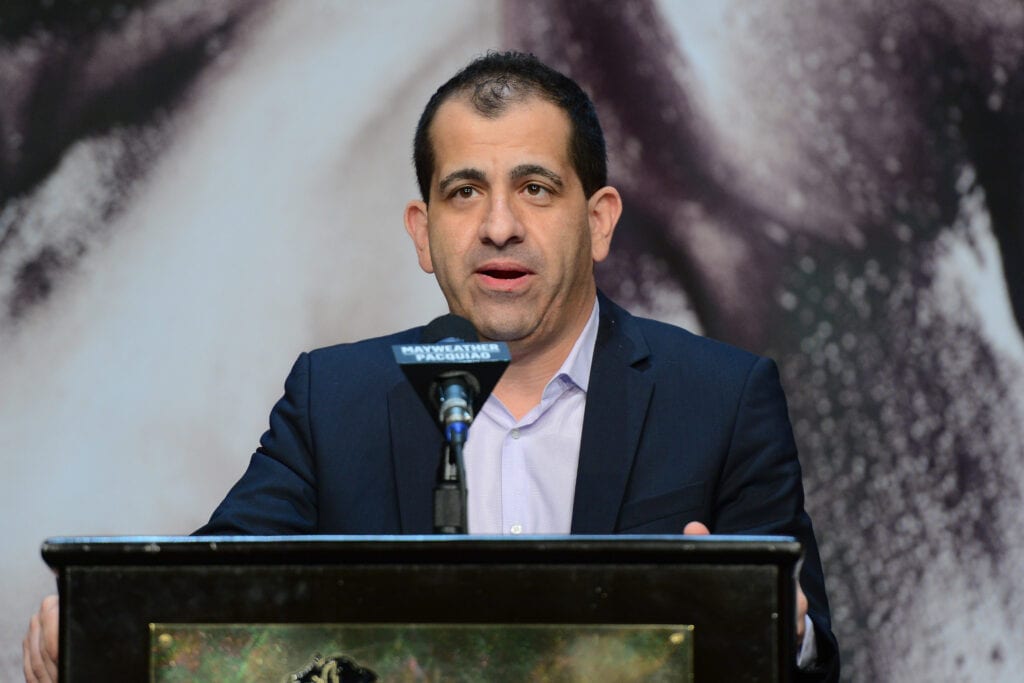 Showtime Boxing, in 2019 in terms of bouts, has been a rocky to say the least. So much so, the commotion and speculation for most of the year was that Showtime was on the verge of pulling the plug on it’s long time bouts.

Showtime Boxing Executive Stephen Espinoza opened up about this year in Showtime Boxing in 2019 that Keith Idec of Boxingscene.com and several reporters gotten to hear about from the man himself.

“Look, I think 2019 for the sport was a year of adjustment,” Espinoza told a small group of reporters recently at MGM Grand last weekend during the Canelo-Kovalev fight. “I think all of the platforms look back and there are some things that they did right and some things that they did wrong. The last time we saw a year like this was probably 2014, 2015, when you had PBC coming in.

And everybody adjusts. There have been massive changes in the market, between the streaming services and free TV. But that’s this sport. It always changes. So, I’m confident. Are we thrilled with the year we had in 2019? No, we can always do better.”

What started the cancel speculation was triggered two-fold. One was the matches in the ring which Showtime aired Robert Easter drawing against Rances Barthelemy which for all intensive purposes was a miserable affair all around.

Another triggering these rumors was a period during the year where Showtime just didn’t have any boxing on at all. Even to the point in late-June of this year they aired a “Best of Showtime Boxing of 2018”. Espinoza  stated to the media that in 2020 they will make the changes hopefully for the better.

“But I think we will make the necessary adjustments, and as everybody finds their balance, we will find a way to work more cohesively with talent across FOX and pay-per-view when necessary,” Espinoza said. “But the reality is, our goal is not to be the leader in quantity.

Hear T.J. and me on this week’s Big Fight Weekend podcast, including our one one one interview with WBC Heavyweight Champ, Deontay Wilder:

At the end of the day, Showtime Boxing isn’t going anywhere and Espinoza confirmed as much once again to those that say otherwise.

“We’ve been here 35 years,” Espinoza chimed. “There’s no one else in the market that can say that. And we’re not going anywhere. We’ve got a huge library of fights, a huge library of experience, and that counts for something.

And we will continue to have the best fights and present them the way that makes sense. Not at 1 in the morning. Not sort of random fights at 6 a.m. But fights with context, that make sense and that lead to other fights.”

Gervonta Davis fired back at Bradley criticism Friday
Jacobs-Chavez Jr made official for December
Advertisement
To Top
We use cookies to ensure that we give you the best experience on our website. If you continue to use this site we will assume that you are happy with it.Ok