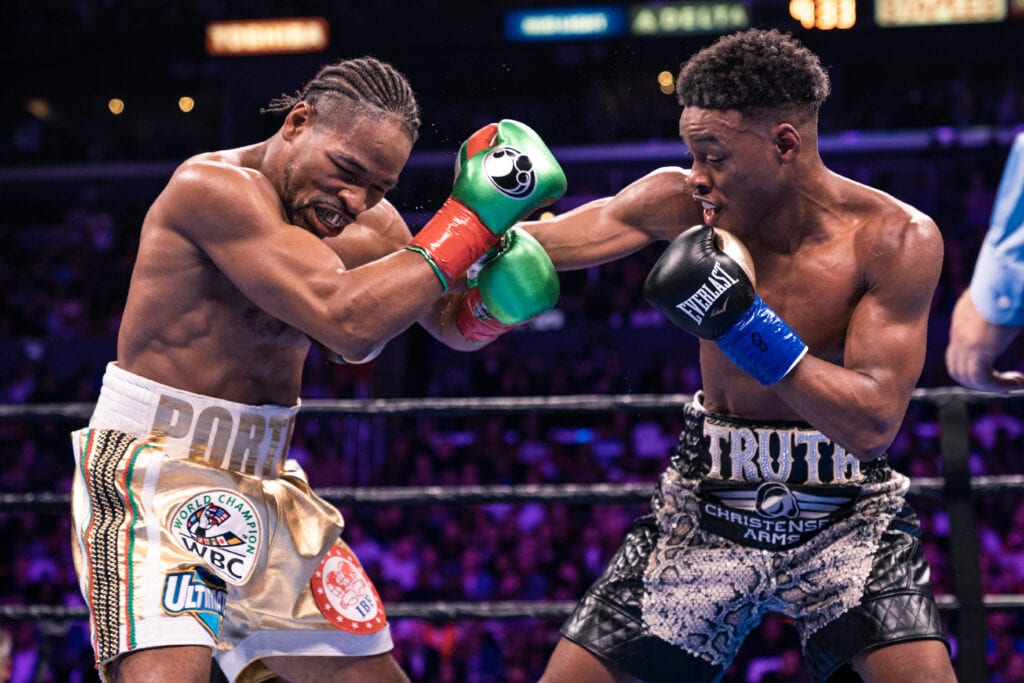 And, he made clear Thursday that even though he could have taken an easier fight in his first bout back since his scary one car crash last October, he chose a truer test from Garcia.

Spence made the comments as part of his virtual media workout in Texas that was hosted and shown by Premier Boxing Champions on their social media platforms and YouTube:

Before his media workout, @ErrolSpenceJr explains why he didn't want a tune-up fight for his return #SpenceGarcia pic.twitter.com/xCws8bPuF1

When questioned by PBC’s Ray Flores about why he would choose to fight a caliber of fighter like “Swift” Garcia in his first bout back, Spence did not hesitate to prop up his opponent,

“I picked Danny Garcia because he’s a tough opponent with a granite chin. He’s a guy that always in tough fights. He’s always in close fights, since his two losses with Shawn Porter and Keith Thurman. He’s a guy that’s going to bring the best out of me.

And, I think that if I’d have taken a tune-up fight. I wouldn’t have been probably 100% focused or just as dedicated, as I am…. He’s gonna be ready to try to take my belts in my hometown.”

There is much anticipation for the unbeaten Spence’s return to the ring for the first time since September of 2019. That’s, when he decisioned Porter (photo top) in Los Angeles to capture the WBC 147 lb. title along with his IBF World Championship.

Just two weeks later, Spence was involved in a horrific one car crash in the early morning hours in Dallas, Texas, where his car catapulted down a median and Spence was ejected from the vehicle. Amazingly, he escaped serious injury with only a concussion and a hairline fracture of his jaw.

That delayed the original timeline of Spence fighting Garcia in January of this year and then, the Covid-19 pandemic shut down the sport between March and July.

PBC waited to the back end of the year to schedule the title fight and now, even moved it to Texas and AT&T Stadium in Arlington, where some 10,000 or so fans will be present on Saturday night December 5th.

After the virtually televised workout, Flores asked Spence, if this was the best shape he’s ever felt for a title fight?

“It’s one of the best I’ve ever felt. I feel good, man. I’m ready to go…I’m gonna put on a great show, a great performance, and I’m gonna get that ‘W’ come December 5th.”