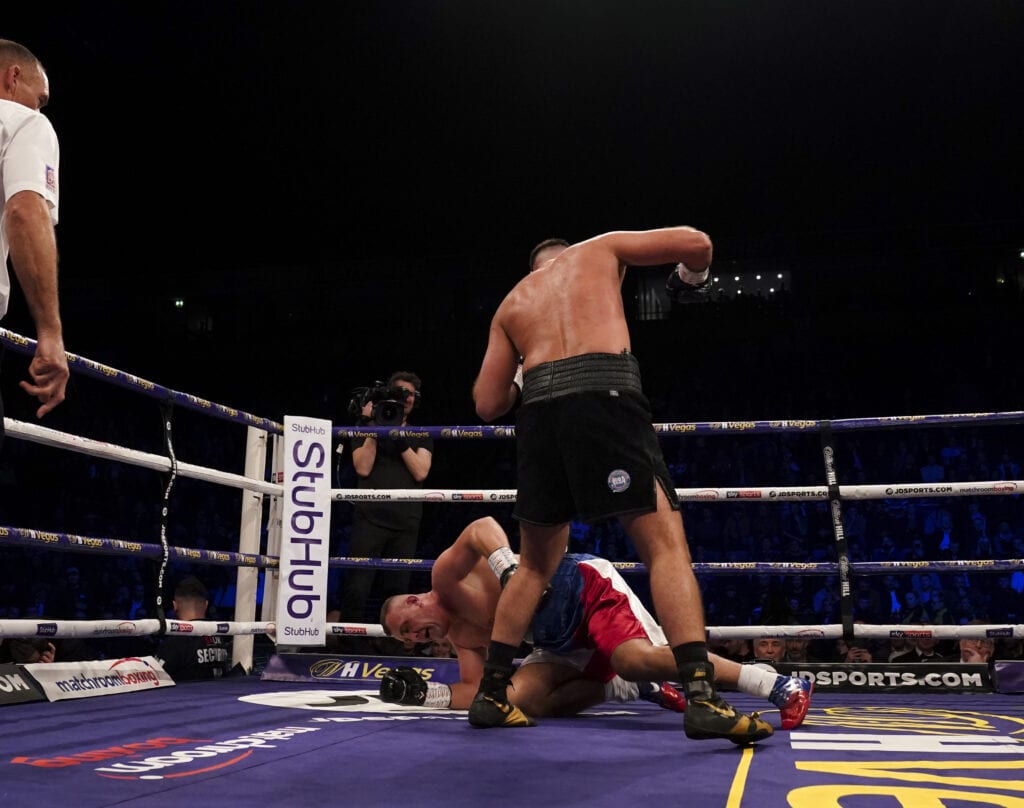 So when will DAZN fix the stream for fights?

Hughie Fury was in action and made quick work of Pavel Sour in the heavyweight co-main event Saturday night in Manchester, as he stopped him in three rounds to get back into the win column. Unfortunately, for those who live in the United States on the streaming service DAZN, like me, you didn’t get to watch it live. This, as the feed, for what seems to be the umpteenth time, crapped out and reverted to the prior bout of Zack Parker and Rohan Murdock.

At first, the boxing cynic in me was thinking to myself: “somebody was doing me a favor” by not having to suffer through on paper would be as a co-main event, not very good. Recently, we had Keith Idec of Boxingscene.com on our latest podcast, and when I joked about it being “Hughie Fury-Pavel Sour Fight Week,” you could hear his non-excitement about it.

Yea DAZN was messing up but it was during the Hughie Fury fight. Stop complaining and accept your blessing from God ?

Instead, the consumer and, as someone who has to watch these fights as media and a fan, is annoyed. The fact is that, as I come upon one year of paying for this subscription service, I’m tired of paying for something that has “only one job” but seems to quit when I need it.

When will DAZN fix their stream for these fights? Seriously, when are they?

This issue is the second DAZN that involves the feed from Sky Sports out in the UK, where the feed has spazzed out in early February during the Kell Brook-Mark Deluca fight card.

The boxing gods must be punishing us, as my @DAZN_USA stream has been chaotic since the Fury fight. Keeps looping back to undercard fights and crashing, over and over.

DAZN made news recently about talking about their worldwide expansion from nine countries to 200 by the end of the year. I’m here to tell you countries that haven’t experienced the platform are in for a treat. I have DAZN for the fights, and when they aren’t technical difficulties, sound gaffes, and feed issues, you get a working product. Chances are of you getting thru a card without any of this “production faux pas” isn’t very often.

This isn’t my angry Amazon review about DAZN not working, because I want to pile on or get free things. While DAZN is looking to expand globally, I ask the simple question, what steps are they doing to make the product itself better to those who already can access it? They hide all their information on the service and subscriptions in this bizarre level of secrecy that I can only compare to tax evasion or my late Grandma’s Turkey recipe.

Either way, those in America are still in the dark on who has the service and the real figures about it?

But for Fury, he’ll be in action again soon after his quick work of Sour as Boxingscene reported late Sunday that he’d back in the ring in May on the upcoming announcement of the Oleksandr Usyk-Dereck Chisora card,which will take place May 23 at the O2 Arena in London.

While the fight news for that should be interesting as those two heavyweights meet up, it will once again be a Sky Sports production, and if DAZN is streaming it, I expect that same streaming problem as the prior two they have encountered.

I would love to be proven wrong, DAZN.