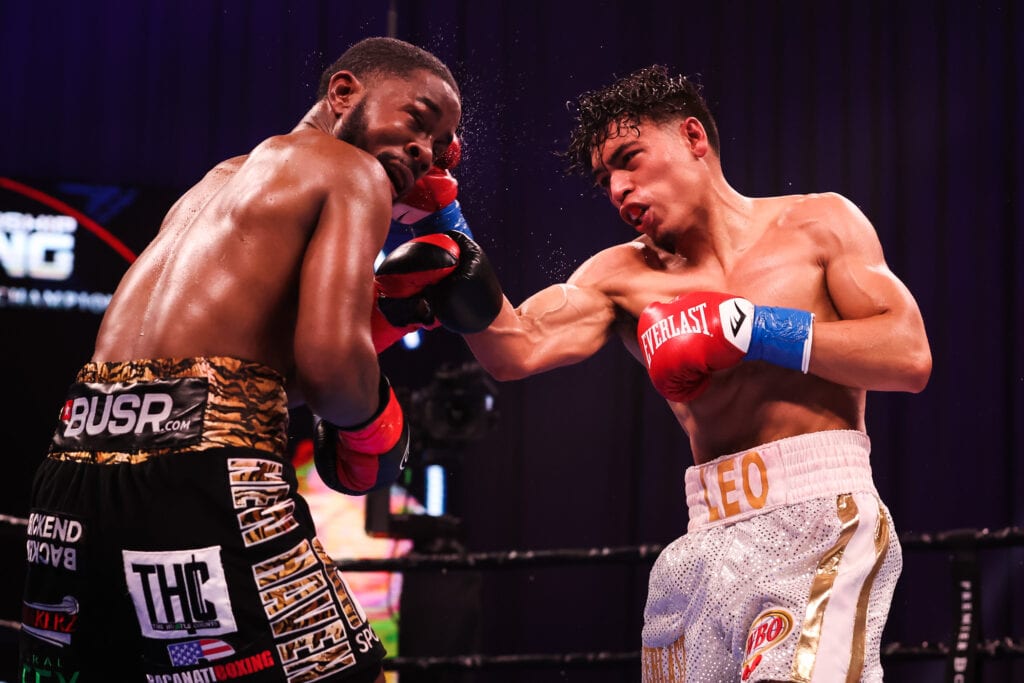 Showtime’s Marquez: Leo-Fulton Winner Can “Call Out Other Champions”

That’s where New Mexico’s Angelo Leo, 20-0, 9 KOs, will defend the belt he won last August against the man he was supposed to fight until Covid-19 ruled him out.

Unbeaten Stephen Fulton, 18-0, 8 KOs of Philadelphia, knows he missed the opportunity to win the World Boxing Organization championship, but now has a second chance to do so.

And, Marquez who is on the TV call with Mauro Ranallo and Al Bernstein Saturday night in the Mohegan Sun “bubble” says many doors will be open for the winner,

“This is it ‘It,’ right here. This is everything. I feel the winner of this fight…they have the right to call out any of the other champions and want to unified the division. It’s a very important fight for both of them (Fulton and Leo).

I’m excited and I look forward to it.”

There is the obvious momentum for the Leo – Fulton victor, and a unification bout at 122 lb. would likely come against Luis Nery, who has the WBC belt. Nery defeated Aaron Alameda for the vacant belt in the same Mohegan Sun “bubble” last September and is part of the Premier Boxing Champions stable.

Unbeaten (8-0) Murodjon Akhmadaliev of Uzbekistan has the WBA and IBF Super Bantamweight World titles and is under promotional contract with Matchroom Boxing. So, it will be harder to unify with him, anytime soon.

Still, on a relatively big stage, as the only world wide title fight this weekend, either Angelo Leo or Stephen Fulton will have some great options and soon.