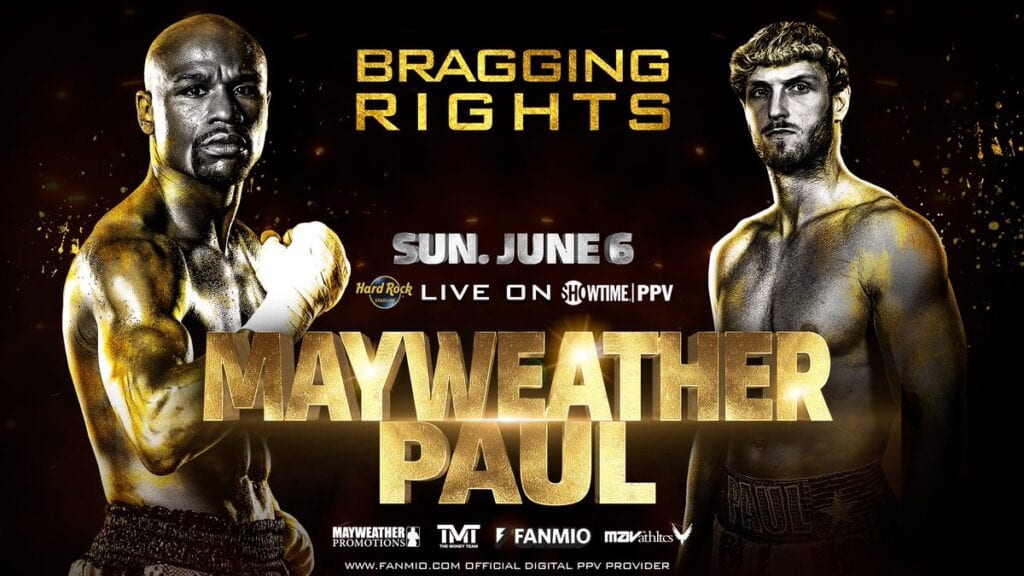 Showtime Will Ramp up Floyd Mayweather-Logan Paul With Preview

With the return to the ring of one of the top non-Heavyweight fighters of the last 20 years, Floyd Maymeather Jr., coming in a week and half, Showtime Sports revealed the build up coverage for his PPV in Miami with Logan Paul.

The network announced Wednesday afternoon that they will debut one of their award wining series promos with feature titled “Inside Mayweather vs. Paul” on Saturday night May 29th. Here’s the trailer released Wednesday,

From the network’s press release,

INSIDE MAYWEATHER VS. PAUL takes viewers inside the training camps of both superstars from two different worlds as they prepare for the must-see showdown for sports and entertainment fans around the globe. The SHOWTIME cameras embed with the 44-year-old Mayweather, a 2020 International Boxing Hall of Fame inductee, in Las Vegas as he readies himself for the exhibition bout. The cameras also follow the hugely popular Paul, who stands six inches taller than Mayweather and owns an 18-year age advantage, as he goes through a rigorous training camp in Puerto Rico and attempts to shock the world on June 6.

INSIDE MAYWEATHER VS. PAUL also captures the moment when Mayweather and the Paul brothers met face-to-face for the first time and exchanged verbal jabs in Miami on May 6 during their kickoff press conference.

As we wrote previously, the exhibition was originally announced in December and slated February, but things went silent and that month came and went, as did March. However the internet/social media buzz being generated by Logan’s brother Jake Paul with his Triller “Fight Club” PPV in April with his 1st round KO of former amateur wrestler/MMA fighter Ben Askren, obviously made everyone take notice and line up their own shows and bouts with non-traditional fighters.

As for Paul, he has been in the boxing ring before fighting as part of Matchroom Boxing card in Los Angeles in November of 2019. That’s when he fought in a six-three minute rounds, sanctioned Crusierweight fight against British, YouTube personality KSI. KSI won the split decision with actual California judges scoring the bout.

Paul fought previously as a Crusierweight and Mayweather’s last fights were at the Jr. Middleweight limit. It’s believed that they will agree on a weight range for this bout, which will be scheduled for eight rounds.

The undercard will include former world champ Jarrett “Swift” Hurd fighting in a 10 round Jr. Middleweight battle with veteran Luis Arias. And, Light Heavyweights Badou Jack and Jean Pascal will rematch off their thrilling 12 round battle in 2019. Also, former NFL wide receiver Chad “Ochocinco” Johnson, who’s previously trained in the ring with Mayweather, will be in an exhibition fight of his own against an opponent to be determined.

There will be an expected crowd of at least 10,000 fans at the Dolphins’, Hard Rock Stadium just north of Miami.

The actual PPV price has been suggested at $49.95, although outlets and providers can charge more to make more, if they want to try.