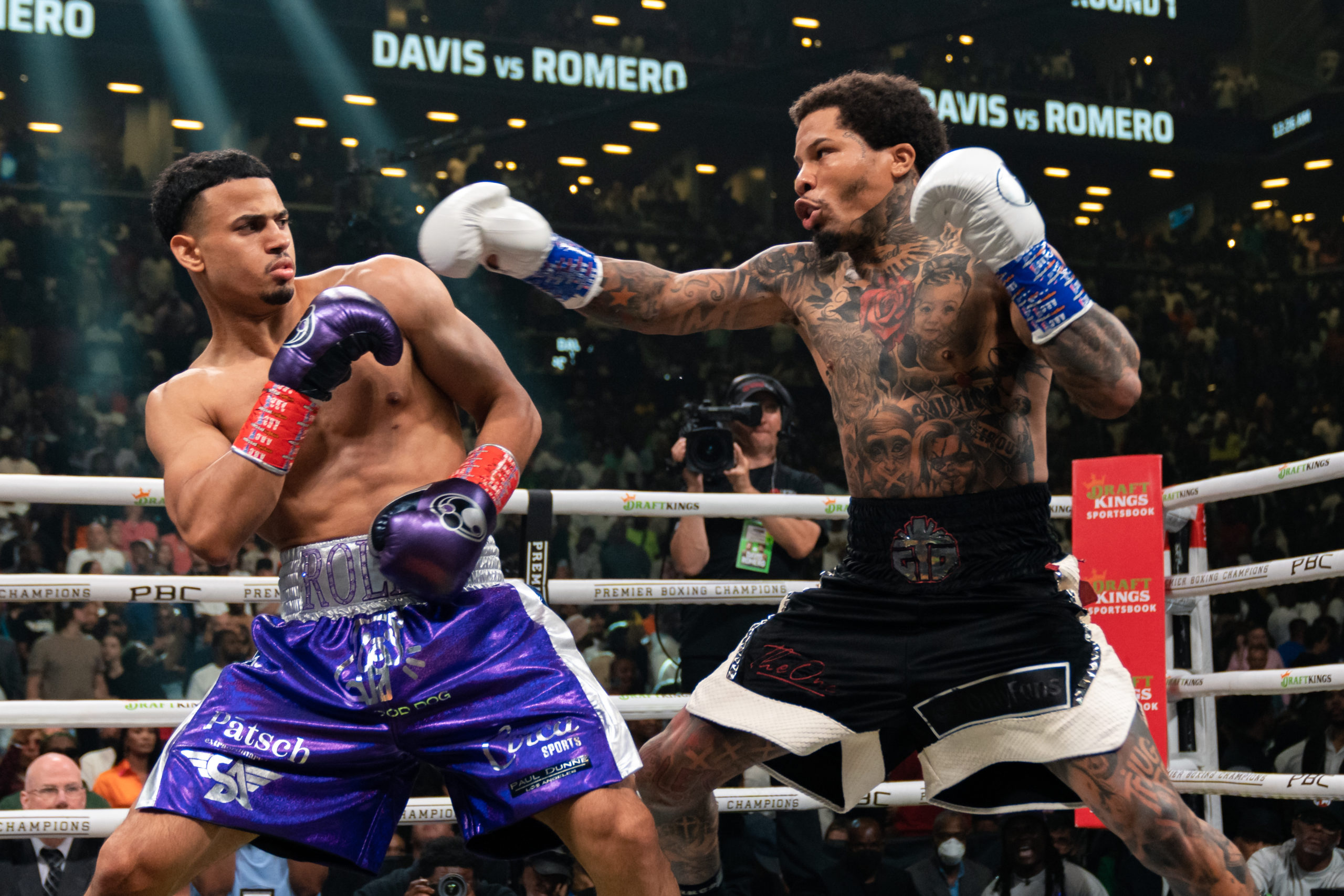 Last Saturday night in Brooklyn, NY, Gervonta Davis scored a smashing one punch stoppage of “Rolly” Romero in his Showtime Boxing PPV main event. And now, we’re finding out that the viewership was solid, also.

Our insider/content partner on Big Fight Weekend, Dan Rafael, has learned that the pay per view exceeded over 250,000 buys for the unbeaten, two-division world champ Davis’ latest fight,

Per source involved in last week's event, the #DavisRomero Showtime PPV will generate nearly 275k domestic buys, which will represent @Gervontaa's best selling of his 4 PPV events. The replay of the fight will open Showtime's tripleheader telecast on Saturday night. #boxing

As Rafael tweeted, the number being closer to 300k buys would likely mean that it would be the most successful PPV that Showtime has had with “Tank” Davis over his past four fights. And, as Dan wrote in his recap last Saturday night,

“In scoring the highlight-reel knockout, Davis retained the WBA “regular” lightweight title for the third time in the Showtime PPV main event at Barclays Center in Brooklyn, New York, where a sold-out crowd of 18,970 for the building’s 40th boxing event since it opened in September 2012 set the arena record for boxing attendance and live gate.

Romero, the mandatory challenger, spent the buildup for the fight trash talking non-stop and insisting he would knock out fellow big puncher Davis in the first round. But not only did he not do that, he did not come close to it or even appear to go for it.

But Davis was seemingly wary and fought at a deliberate pace and picked his shots, as did Romero, both knowing the other man had the thunder to do damage. So while it was not at all an action fight, there was tension throughout as the crowd waited to see who would land the first big shot.”

Davis landed that “big shot” with a crushing straight left that sent Romero face first into the bottom of the ropes. He rose wearily before the mandatory eight count was complete, but referee David Fields stopped the bout for the TKO win for Davis.

And, while the Davis PPV numbers are good, they aren’t anywhere close to the PPV level of the top draw in the sport, undisputed super middleweight champ, Canelo Alvarez. Or, not at the level of the immensely popular WBC heavyweight champ, Tyson Fury and his drawing abilities. Both of those fighters tend to average closer to 1 million PPV buys for their bouts, especially against big time opposition.