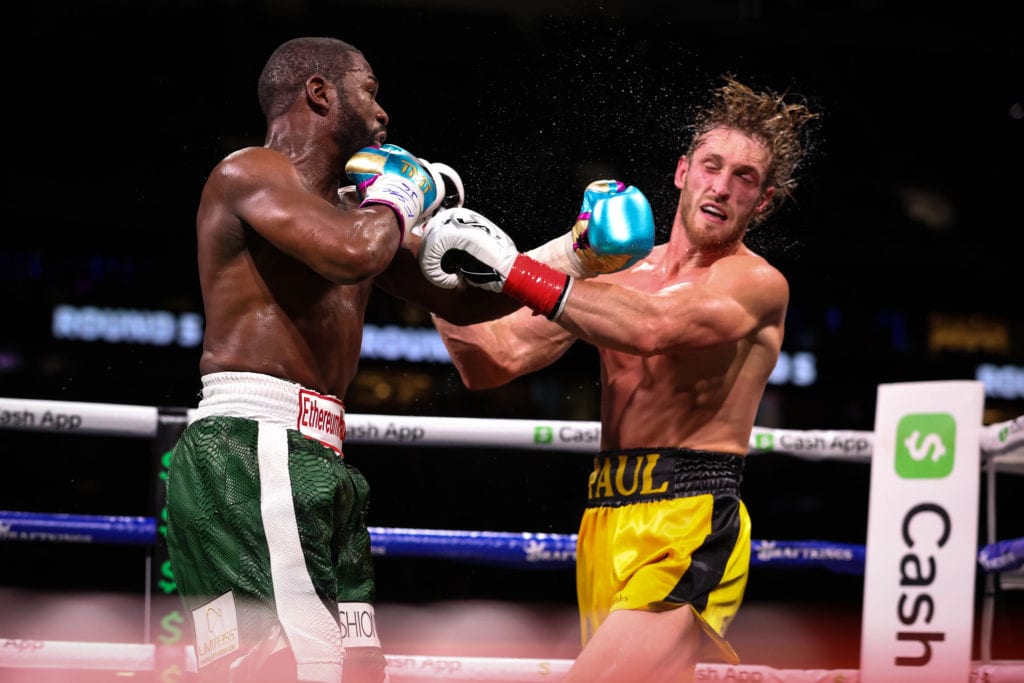 Say what you want about the Floyd Mayweather-Logan Paul exhibition in Miami on Sunday night, but they clearly were able to create a spectacle that a significant segment of fans wanted to see. The problem for some of them is they never got past the technical hurdles with Showtime’s app to be able to stream it.

As the PPV got underway and thousands upon thousands began to download Showtime (many probably for the first time) to purchase/watch it on their devices, a repeated error message would appear,

As that same error message continued for thousands over the first hour of the PPV, the premium cable network acknowledged the problems just after 8:30  p.m. Eastern time,

If you are having issues watching the fight on https://t.co/1LFxzm7RK5
or on the SHOWTIME app, please try again in 10 minutes. We are working to resolve the issue. JB

Variety.com reported during Sunday’s PPV that the outage problems for some due to high demand trying to “log in” at the same time frame were also occurring for those who were trying to watch through their actual PPV service and not just those trying stream directly off Showtime’s own app.

And, in fairness, Variety also pointed out this is something that has happened commonly. It includes with CBS/Viacom having streaming issues with the recent Grammy awards, competitor HBO having technical issues with streaming on the night of the May 2019 finale’ of their massively popular series “Game of Thrones,” etc. Plus, huge interest sporting events like the Super Bowl and the NCAA Tournament have had such issues in the recent past caused by massive streaming demand/overload, too.

Finally, as the eight round exhibition between Mayweather and Paul concluded, the Network offered full refunds to those who were frustrated and unable to see it,

If you purchased tonight’s PPV event through https://t.co/1G8rnSSG74 or the SHOWTIME app, and could not stream the fight, please go to https://t.co/boVLlGSx9w for information on requesting a refund.

There was no official winner declared at the end of the Mayweather-Paul bout. This after the paying public and fight fans were repeatedly told that the bout was an unsanctioned “exhibition” that would have no judges to judge it.

However, the fighters, Mayweather Promotions and Showtime were winners and clearly raked in millions upon millions off of those who successfully bought the PPV. Plus, they also had large paying sponsors like “Cash App”, which was prominently promoting on the ring itself and on the PPV broadcast. Then, there were the few thousand that attended the fight in person at Hard Rock Stadium creating some live gate revenue.

And, right out of the old school 80s and 90s, Showtime announced later Sunday night that the re-broadcast of the fight will be on the basic premium network next Saturday night on a six day delay.

That’s still not much of a consolation to those who couldn’t get the broadcast live Sunday night, but they’re being offered their money back and it’s at least something.

Mayweather-Paul Exhibition Goes The Distance
Lewis Ritson Ready For Fans Against Ponce
Advertisement
To Top
We use cookies to ensure that we give you the best experience on our website. If you continue to use this site we will assume that you are happy with it.OkPrivacy policy