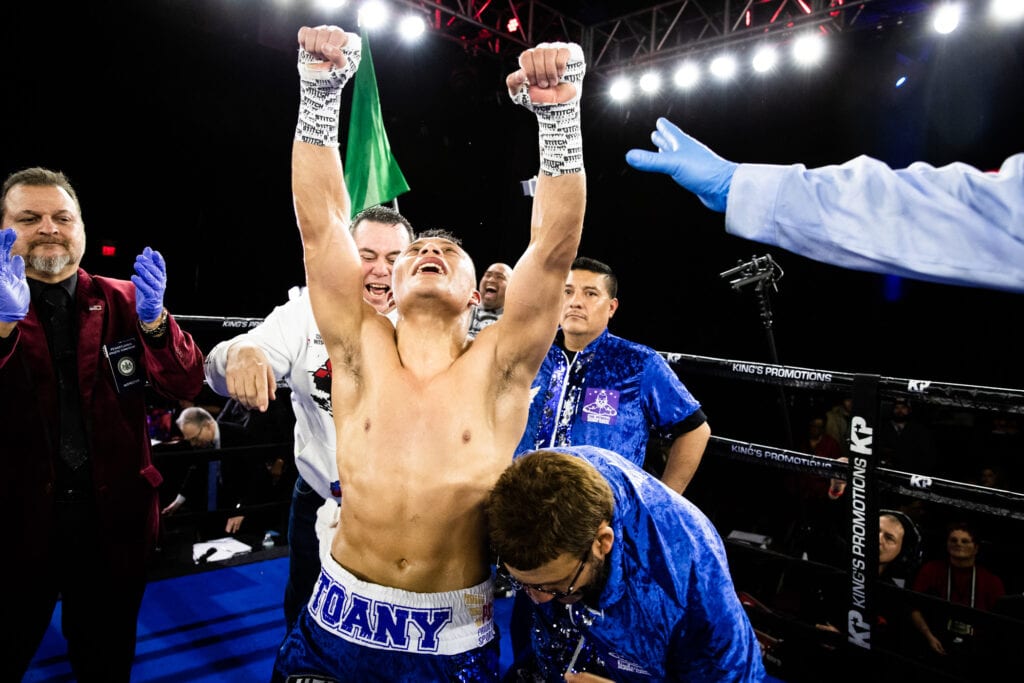 Cruz, of Mexico City, rode his superior work rate, a lethal body attack, and his ability to neutralize Mattice’s jab to the victory. The judges scored the fight 95-95 and 96-94 twice.

Cruz threw an average of 69.4 punches per round, compared to 57.8 punches per round for Mattice. The much shorter Cruz, standing at 5’4″ ½, was fearless from the opening bell and held an 82-31 advantage in body punches connected. Mattice, 5’8″ ½, was also out-jabbed 34-30. Making his sixth appearance on ShoBox, Cleveland’s Mattice was hampered by another slow start, a theme in his previous appearances on the prospect development series. Through the first two rounds, Cruz held advantages of 49-15 in overall punches landed and 39-8 in power punches connected.

“We were going for the knockout but it didn’t come up so we’ll take the decision,” said Cruz. “I thought I won all 10 rounds. I don’t know what fight the judges were watching. Round one to 10 I dominated and I was never hurt.”

A strong finish in the 10th and final round was not enough for Mattice to salvage a draw.

In the co-featured bout, Ra’eese Aleem (16-0, 10 KOs) burst onto the scene in his national television debut, putting on a boxing clinic by scoring a fourth-round TKO in a scheduled eight-round super bantamweight bout over San Antonio’s Adam Lopez (19-4-2, 9 KOs).

Aleem, from Muskegon, Mich., proved to be overwhelming for Lopez, who was making his record eighth appearance on ShoBox. From the opening bell, Aleem attacked from all angles as a reactive and slower Lopez was unable to cope with the wide array of punches. The 29-year-old Aleem held a commanding 92-11 advantage in overall punches, including a lopsided 61-7 power punches advantage.

With blood dripping from his nose and scalp, Lopez’s corner asked referee Gary Rosato to stop the fight at 1:31 of round four.

“I put in a lot of hard work,” said Aleem, who now lives and trains in Las Vegas. “I didn’t see any film on the guy but knew he was a tough Mexican fighter. Once we got in there, I could see the speed difference. I could see his punches coming. I did rush some punches and made some mistakes. But it was good and I kept my hands up and my speed and movements were good. And I’m glad I stopped him. I didn’t want to go the distance.

In the second fight of the four-fight telecast, Cleveland’s flashy unbeaten super lightweight Montana Love (13-0-1, 6 KOs) improved his record to 2-0-1 on ShoBox, putting in a professional display en route to a unanimous decision over Jerrico Walton (16-1, 7 KOs), who fights out of Houston by way of New Orleans. The judges scored the fight 78-74 and 77-75 twice.

I think Love did enough to win,” said SHOWTIME Hall of Fame analyst Steve Farhood. “The rounds he won, he won more convincingly. Love did the serious damage in the fight.”

Walton, with noted trainer Ronnie Shields working his corner, threw slightly more punches than Love, but in a fight decided by big moments, Love had more of them, especially in the late rounds. Love was more accurate on his power punches (43 percent to 21 percent) and in body shots (56-23). The southpaw also hurt Walton on two separate occasions, but the 29-year-old did enough to hang on and survive the rounds.

“I give my performance a C-plus,” said the 25-year-old Love. “I could have been more active in there. I didn’t get hit a lot and I hurt him a few times but I let him off the hook.

“I was getting off good shots, and the thing I’m mad about is that the fight should not have gone the distance. I’m ready for whatever’s next. My team is trying to get me to 135 pounds.”

The younger and more aggressive Colemon of Detroit started strong, controlling the first three rounds before the savvier and more mature Jackson commanded the second half of the bout. In rounds six through eight, Jackson out-landed Colemon 76-19 overall and 50-9 on power punches. Jackson’s movement and activity frustrated and tired Colemon, who went past five rounds for the first time in his career. Farhood scored the first three rounds in favor of Colemon and the final five rounds for Jackson.

“We just dug deep and got the job done,” said the 31-year-old Jackson. “I’d give my performance an eight out of 10. I know I can show better. I had about 40 people come out from Greensboro, N.C., and support me.

“I’ll fight whoever they put out in front of me next. It’s SHOWTIME and my first televised fight and first fight outside of North Carolina so it was important to put on a show.”

Garcia adds another first round knockout victory
Canelo has Sunday deadline for Smith/Saunders to agree?
Advertisement
To Top
We use cookies to ensure that we give you the best experience on our website. If you continue to use this site we will assume that you are happy with it.OkPrivacy policy