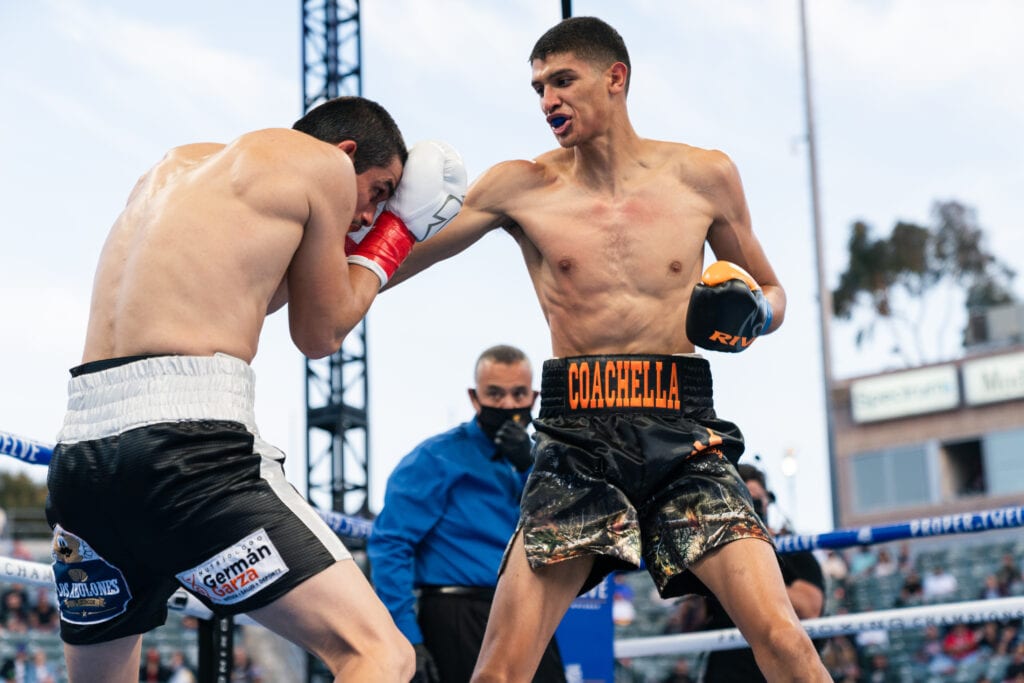 Promoter Sampson Lewkowicz of Sampson Boxing has announced he has obtained signed contracts from undefeated super welterweight contenders Sebastian “The Towering Inferno” Fundora and Sergio “El Nino” Garcia to face each other.

The massive 6′ 6″ Fundora is a 23-year-old southpaw with an incredible 80-inch reach who has been building a respected name for himself among 154-lb fighters with a string of very impressive performances. The Coachella resident was last seen on May 1, scoring an exciting TKO 4 over Mexican perennial contender Jorge Cota on the Ruiz vs. Arreola PPV event at the Dignity Health Sports Park in Carson, California.

The 5′ 11½″ Garcia is a 28-year-old right-hander from Torrelavega, Cantabria, Spain. In 2019, he captured the European Super Welterweight Championship with a 12-round unanimous decision over England’s then-undefeated Ted Cheeseman and successfully defended it three times. He also captured the WBC International Super Welter Title in 2016 and again in 2017 and made one successful defense. In his last ring appearance, Garcia stopped France’s Gregory Trenel in six rounds in December of 2020.

“These are the kind of fights the public wants to see,” said Lewkowicz to the media. “Two undefeated top contenders facing each other with their perfect records on the line. I’m so proud to have been able to make this terrific fight and I will announce the date and venue very shortly. I congratulate both fighters for being the kinds of real fighters who will face anyone any time without worrying about their undefeated status. This great fight will be a war.”