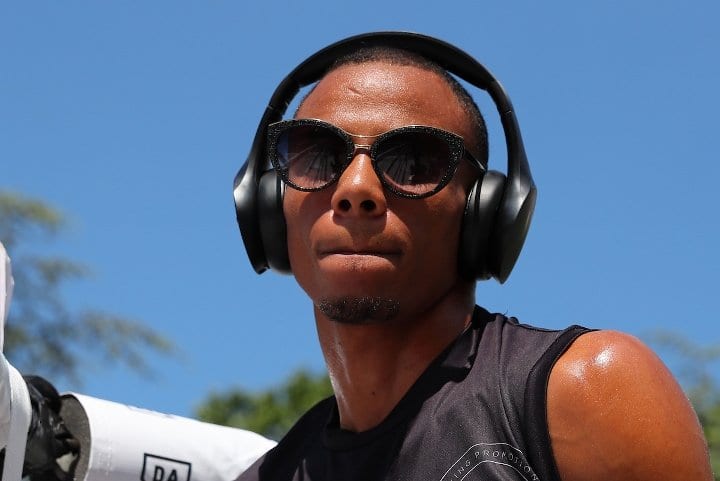 A Saturday night fight card that would have been the second in the Western Hemisphere to have taken place since the Covid-19 shutdown of all of sports in March is now off.

“ESPN Knockout” confirmed late Thursday afternoon that the scheduled card featuring the Super Flyweight main event of Norbelto Jiminez (above) and Eliezer Aquino has been halted, apparently by the Dominican government:

Further, according to Boxingscene’s Jake Donovan, all of the fighters had already been tested for the Coronavirus and were negative:

Word from D.R. 🇩🇴is that Saturday's planned ESPN Deportes card has been canceled. Former 2x title challenger Norbelto Jimenez was due to headline. All participants for show tested negative for COVID-19, but decision to shut down card has apparently come from D.R. government.

Donovan later reported Thursday night that the Dominican government decided to close all events and gatherings for this weekend out of safety concern for the possible spread of Coronavirus.

Meanwhile, Last month in Managua, Nicaragua fans were allowed to be in attendance and socially distanced for a Saturday night fight card there. That included newly re-crowned WBA Super Flyweight champ and Nicaraguan hero, Ramon “Chocolatito” Gonzalez. Gonzalez sat socially distanced with a PPE mask on at ringside for the bouts.

Nicaraguan lightweights Robin Zamora and Ramiro Blanco headlined the show with Zamora winning a 10 round non-title decision over Blanco. There were seven other additional fights on that April 25th show, which was promoted by local outlet, Bufalo Boxing Promotions.

To date that is the only live boxing to be held in this part of the globe, since the shutdown of the sport the second week in March due to the Coronavirus outbreak worldwide.

Top Rank Boxing is due to be the first United States promotion to put on fights coming in 10s days, when WBO featherweight Champion Shakur Stevenson will headline a Las Vegas card for them without fans on June 9th.

The Nevada Athletic Commission on Wednesday gave the final go ahead for that fight without fans. And, they approved the second fight card two nights later on June 11thth that Top Rank will put on adhering to strict Nevada guidelines for testing, safety and social distancing.

Tyson recreates brawl on AEW Dynamite Wednesday
Vargas moves up in weight- hopes to claim belt
Advertisement
To Top
We use cookies to ensure that we give you the best experience on our website. If you continue to use this site we will assume that you are happy with it.OkPrivacy policy