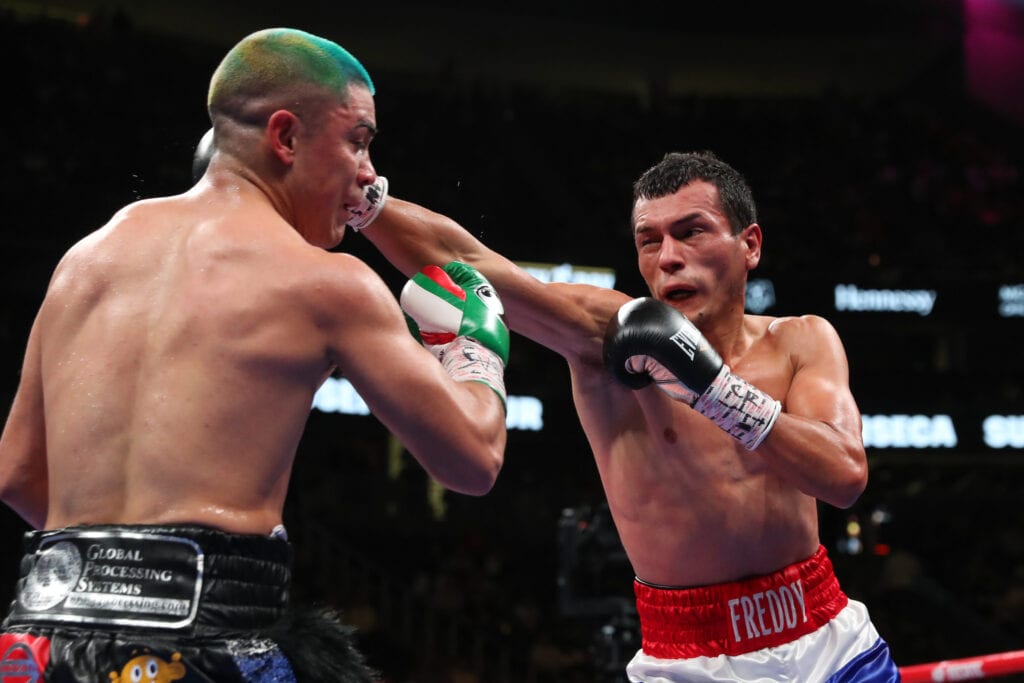 The first live boxing event since the COVID-19 outbreak took place in Nicaragua in the capital of Managua and laid out what boxing will look like in the foreseeable future. The card with eight bouts that took place was seen Saturday night om ESPN Deportes via ESPN Knockout as well all over the world on the Canal 6 Nicaragua Facebook page for all of those “who cut the cord.”

Fellow countrymen and current WBA super flyweight titleholder Roman “Chocloatio” Gonzalez was in attendance of the fights. Like everyone else who attended the card held by Bufalo Boxing Promotions was following all current pandemic and social distancing guidelines by wearing masks and sitting spaced away from others.

The crowd attending the event adhered to the same guidelines on a card that was put on with the blessing of the Nicaraguan government. Everyone in the area had masks on, even the ring card girls and photographers taking fight photos at ringside.

Good fights and the coverage is great given the circumstances. There’s also ring girls in masks! pic.twitter.com/MvstGx5DXh

As for the live results from the card itself, the co-main event featured Freddy Fonseca, who, in the past year, fought Joseph Diaz on the Canelo Alvarez vs. Daniel Jacobs card, competed in Japan and last lost in London. Fonseca took on Alain Aguilar in a six-round contest, which saw Fonseca (now 28-5-1, 19 KOs) get the win as, before the start of the fifth round, Aguilar didn’t get off his stool to continue.

Not the most skilled contest but as Aguilar, who had actually won four straight fights before Saturday, and Fonseca are levels apart in terms of skill. Still it was very entertaining.

The main event of this contest was a rematch between Ramiro Blanco taking on Robin Zamiro, which was ordered by the commission after their last bout saw Zamora win controversially last October in the second round stoppage that seemed suspect. The eight-round contest turned out to be a fun one between these two, which saw both let their hands go and some solid body punching on the inside.

This action kept at this pace in what was a fun scrap. The final scorecards in this rematch, however, went in favor of Zamora (16-7) by unanimous decision in a very close fight on all three scorecards (77-75 x 2 and 78-74).

It will interesting to see as this event was a good one and will be the blueprint foundation for other boxing promotions down the line as they try to get their fights back up and running across the world.

First live fights since COVID-19 outbreak in Nicaragua Saturday
Arum looking at two-three weekly Top Rank fight cards in June
Advertisement
To Top
We use cookies to ensure that we give you the best experience on our website. If you continue to use this site we will assume that you are happy with it.Ok