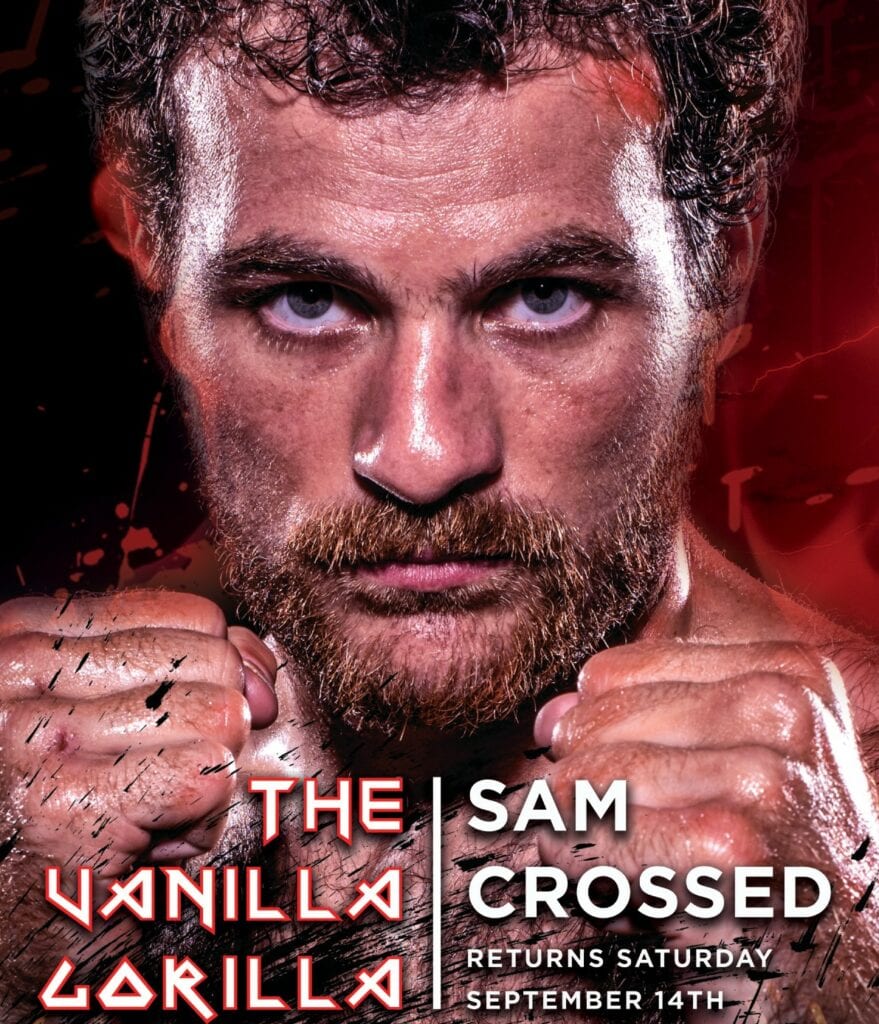 Sam Crossed back in action at Dulles Sportsplex

Sam “The Vanilla Gorilla” Crossed (8-0, 5KOs) will return to the ring for the first time in 2019 in a six-round bout when he takes on 33-fight veteran Edgar Perez. The match will take place Saturday, September 14th at the Dulles Sportsplex in Sterling, Virginia, just outside the Nation’s Capital. The card, titled “Countdown to the Commonwealth”, is promoted by Cory Sanders of CyNation Sports in association with Greg Cohen Promotions.

“Perez has been in there with a lot of good guys and always comes to fight,” Crossed said. “If I can get him out early, that would be great, but if I get some rounds in, that wouldn’t be bad either.”

1 more week til fight night!! Been a long hard training camp but I’m ready to go get my 9th win. Still got a few tickets left get in touch with me or @fatchauncey to get yours. Shoutout to @boxinginsideview for these pics 🦍🦍🦍🥊🥊🥊

Perez has faced top-notch competition throughout his career. Crossed will be the 15th undefeated fighter the Puerto Rican challenger has faced in the ring, seven of them went the distance. One in that span includes a win over former light heavyweight prospect Lavarn Harvel, who was 13-0, at the time. Perez handed him his first defeat, putting him on the canvas twice in rounds one and three, winning the bout by unanimous decision.

Crossed was scheduled to face cruiserweight gatekeeper Larry Pryor on May 19, but due to circumstances beyond his control, the fight was scrapped just before the card was set to begin in Washington, D.C. Although Crossed was devastated that fight was pulled, Crossed said he wouldn’t let it slow him down.

“I felt terrible for my fans when my fight was canceled at the last minute. I felt like I let everyone down,” Crossed said. “I have stayed in the gym just waiting for an opportunity to get back in the ring, and I want to make it up to everyone with a great performance.

“I am working with Billy Robin, and I feel the best I have in my career.”

The D.C. area fan favorite will be fighting at a catchweight of 185 pounds for this bout as he moves down to the light heavyweight division. This will be the lowest contracted weight at which the power-punching Greenbelt, Maryland native has ever competed.

“I have been fighting at my walk-around weight my entire career,” Cross said. “My next fight I plan to come in around 180 and then keep working my way down to 175 pounds.”

The promotional free agent, Crossed, has stated that would like to fight at least twice more before the years’ end.

“I want to thank Cory Sanders and CyNation Sports for giving me the opportunity to fight on this card,” Crossed said. “This is my first time-fighting in Virginia and on the CyNation card, hopefully, we can keep this going.”

“I want to be as active as possible, I haven’t fought since December and I am dying to get back in there.”

Tickets priced at $55 and $75 can be purchased at www.SamCrossed301.com plus any applicable fees.

If you have not seen Crossed in action, check out his quick work of Josh Jones last June below.