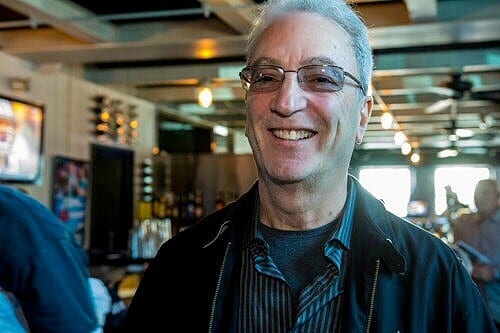 J Russell Peltz started 50 years ago promoting his first boxing card that took place at the legendary Blue Horizon in Philadephia. All of that will be celebrated on the fight card that is happening on October 4th at The 2300 Arena in Philadephia to celebrate 50 years in the boxing promotions business.

Michelle Rosado, aka Raging Babe, who Peltz has been taken under his wing, is promoting the event.

📽 When Philly boxing was the Capital of the East Coast. Here's a glimpse into the 1970s scene. #Peltz50 #boxing (part 1)

Rosado was a recent guest on the Punch 2 The Face Radio Podcast and talked about the 50th Anniversary card that she is involved in. Rosado gives full credit to Peltz for the teaching in the boxing business.

“There’s probably nothing I wouldn’t do for him, ” Rosado explained. “In the beginning, what people don’t know, I was an intern. I would’ve carried his briefcase if he wanted me to. I flew myself, wherever I needed to be, to learn from him, to work under him and it’s paid off.

Rosado described how Peltz’s way of matchmaking and booking still being used by her in today’s fight game.

“I’ve learned a ton. I take a lot of his old school tactics and his old school philosophies and kinda mix them with our new school stuff, and I think it works. I think some things we do are still very clever and different. I’m forever grateful for him. So many doors have opened up for me because of our partnership that would not have without him.”

The eight-bout fight card is going throwback style with the main event of Victor Padilla will take on Romain Tomas only scheduled for six rounds. This booking is a nod to which was the maximum that all main events in Pennsylvania could go back when Peltz first started.

Rosado about the card couldn’t be more ecstatic about being apart of the event.

“His 50th anniversary I think I’m more excited than he (Peltz) is,” Rosado said. “You know this is such a milestone in boxing and it’s got to be big, and got to be great and that means putting on really good fights.”

Peltz is not only a staple to Philadephia boxing scene, but he is also well-recognized the force behind it. Peltz became one of the most prosperous local boxing promoters in the world during his reign at the Spectrum, from 1973 until 1980. Some of the fighters from Philly that Peltz showcased were names such as Bobby “Boogaloo” Watts, Mike “The Jewish Bomber” Rossman and “Bad” Bennie Briscoe just to give you a small sample list.

Then there were these out of towners by the names of “Marvelous” Marvin Hagler, Roberto Duran, Thomas “The Hitman” Hearns and Michael Spinks among the countless many who were in action on one of the many cards Peltz held at The Spectrum.

You don’t need me to tell you that Peltz was a big deal in boxing, fifty years in it is easy enough.

Report- Carl Frampton to return in November against Dogboe?
WBO Prez not feeling WBC speciality belts
Advertisement
To Top
We use cookies to ensure that we give you the best experience on our website. If you continue to use this site we will assume that you are happy with it.Ok