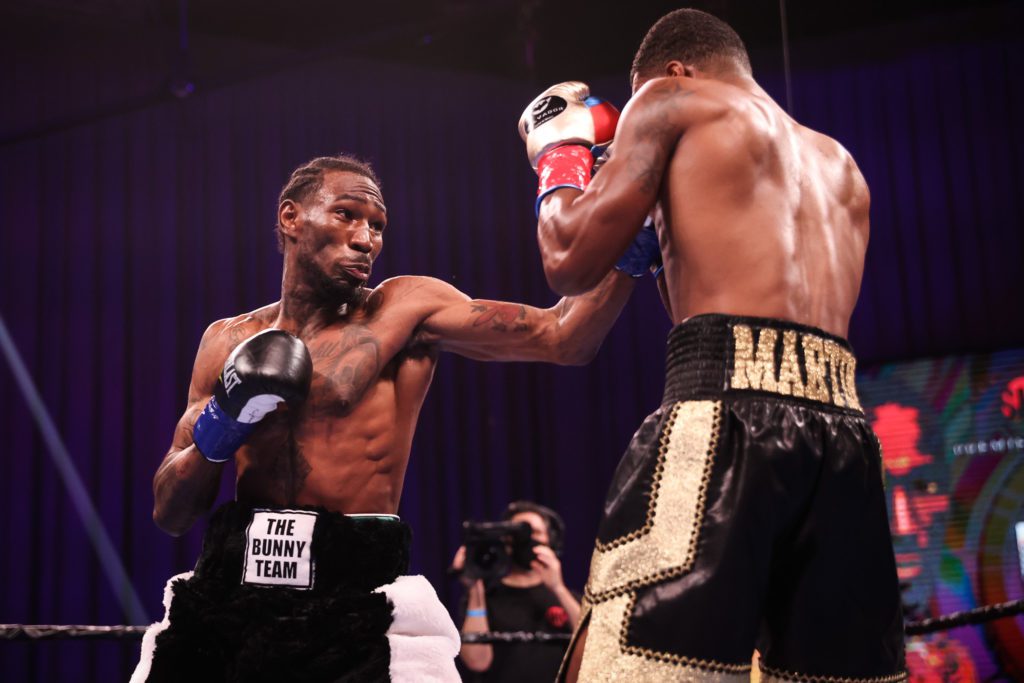 ABC local affiliate WTVG had the news of the charge of simple assault against Easter for allegedly knocking the woman out with a single punch to the left side of her face at a local strip club,

According to the station’s report,  Toledo authorities were summoned to Bucks Rack City strip club in the 5000 block of Telegraph Road just before 4:00 a.m. on Saturday, August 7, 2021.

Easter Jr. is accused of striking a 28-year-old woman (who’s name we are withholding) on the left side of her face once with a closed fist, causing her to lose consciousness. The responding officer said she had a split lip and a chipped tooth, court records show. She was taken to the hospital.

The woman was at the club for work purposes, according to police records.

The 30 year old Easter is the son of former Toledo Light Heavyweight fighter Robert Sr. and is facing the single assault charge. In Ohio that means he could face up to six months in jail and a $1,000 fine. It’s unclear, if he will be arrested, will turn himself in to authorities or if he will be indicted in a court proceeding?

As of late Monday morning, there is no record of Easter in the Toledo criminal system for the August 7th incident.

Easter was last in the ring in February, when he scored a unanimous decision win over Ryan Martin as part of the Showtime/PBC card at the Mohegan Sun Casino without fans present to improve his record to 23-1-1. That fight ended a period of 16 months of inactivity after he had defeated Adrian Granados by decision in October 2019. Easter, Jr. was ranked in the top 10 of three world rankings in early 2020, but has since dropped out due to lack of activity.

Easter, Jr. captured the IBF 135 lb. World Title in September 2016, when he beat Richard Commey by split decision. He defended the title three times over the next 16 months before losing it in a unification bout to Mikey Garcia by decision in July of 2018.