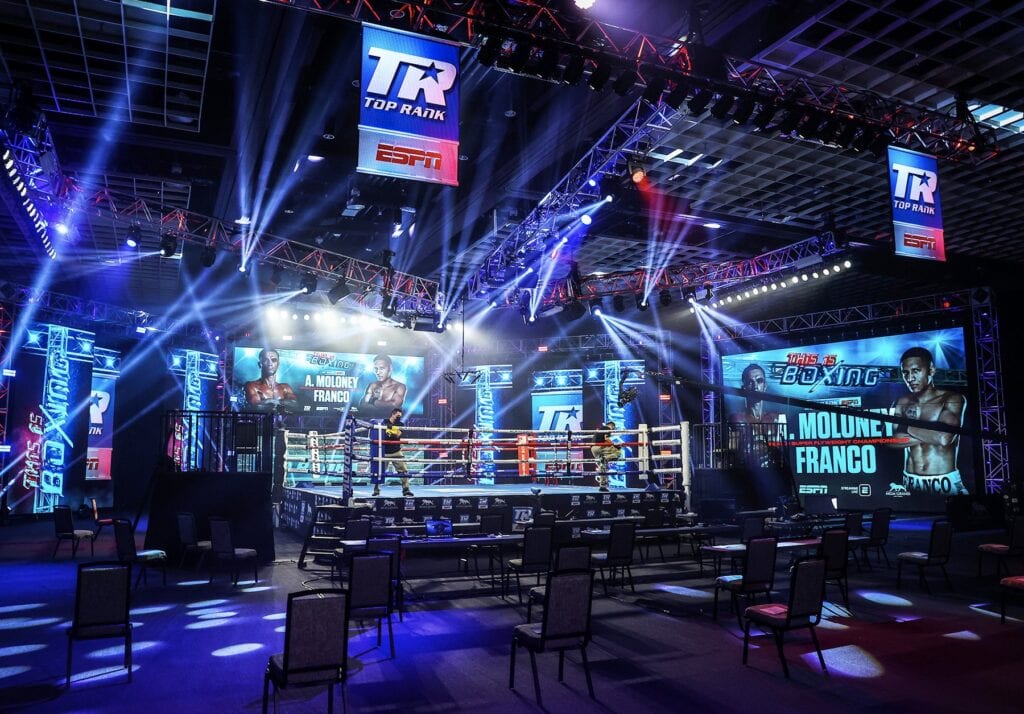 It apparently didn’t take long for the premier boxing outlet in the United Kingdom for over a decade to find a new broadcast partner. This with a Monday night report that’s Sky Sports has agreed to a multi-year deal to be the U.K. broadcaster for future Top Rank Boxing shows starting this weekend.

Mike Coppinger, insider for the Athletic, tweeted late Monday night that he’s learned that the agreement with Sky and Top Rank will even begin this weekend with the promotion’s main event from Las Vegas, involving unbeaten super featherweight contender Shakur Stevenson,

Sources: Top Rank and Sky Sports struck a four-year deal that will see TR’s U.S. fights televised live on Sky in U.K., starting Saturday with Shakur Stevenson-Jeremiah Nakathila. Eddie Hearn left Sky for DAZN, leaving a void. These fights, of course, will be televised in the a.m.

Sky Sports, which has been partnered with Eddie Hearn’s Matchroom Boxing for over a decade was left scrambling when Hearn took his business to DAZN streaming exclusively starting July 1st.

The partnership with Top Rank also means that Sky will have the ability to televise the upcoming mega-
third Tyson Fury-Deontay Wilder fight for the WBC Heavyweight Championship in July. That bout will have massive interest to the millions of fight fans in the United Kingdom. And, Sky would apparently be able to offer it on pay per view, which is a huge “win” for them.

Further, just as with Matchroom’s DAZN deals for U.S. fights previously, where Sky had the opportunity to have it’s own broadcast of the fight and televise in the U.K., you have to believe they will get the same option with the Fury fight and other big ones, as well.

It has also been reported that Sky still has at least one more pay-per-view opportunity with Unified Heavyweight champion, Anthony Joshua of England. Despite Joshua having a promotional deal with Matchroom, apparently his deal is worded specifically for a more lucrative opportunities through Sky Sports’ pay-per-view.

And, it is believed that Joshua will fight former Cruiserweight world champion Oleksandr Usyk in September and Sky will get the opportunity to offer that the British buying public.

The partnership for Top also clears are hurdle for them having their less prominent shows air on a television outlet in the UK with a partner that is anxious for more programming.

Top Rank has a multiyear deal with ESPN and their streaming service, ESPN+. However, the British broadcasters still have say so on whether ESPN+ can broadcast fights in their region. Now, that is smoothed over by this reported agreement.