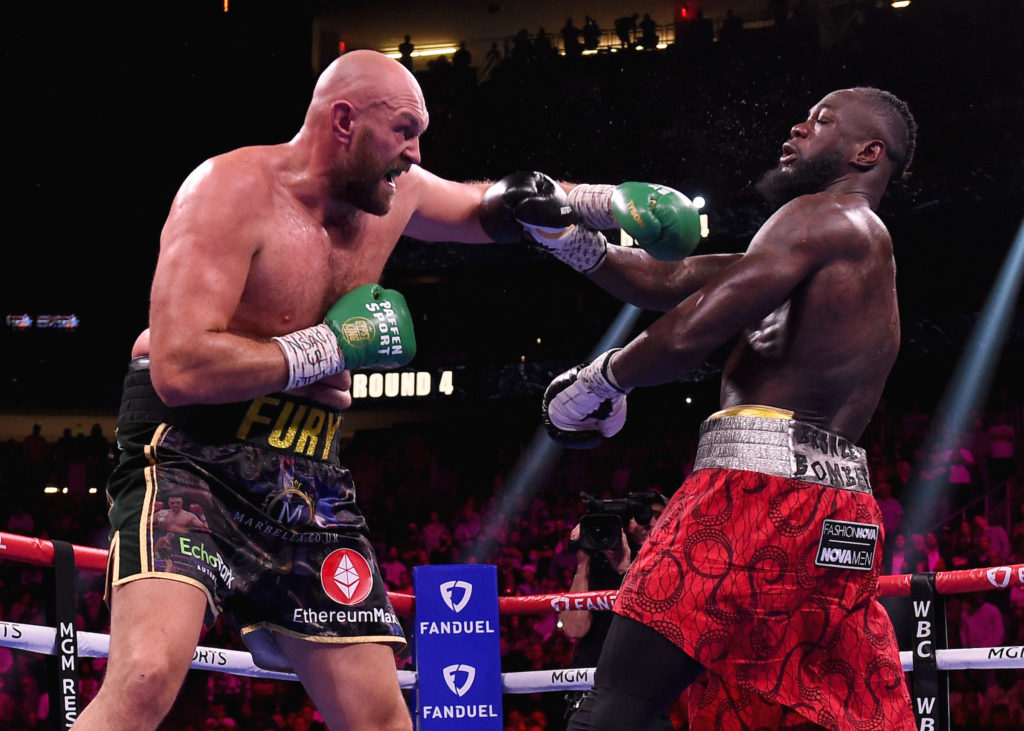 There had been hope that the exciting, dramtic trilogy fight between WBC Heavyweight champ Tyson Fury and former champ, Deontay Wilder would translate into a solid PPV windfall for Top Rank Boxing/Premier Boxing Champions. However, a report out Wednesday says that the number of sales was average at best for the Heavyweight title thriller.

Hearing the #FuryWilder3 PPV did just under 600k.

Fury retained his title by getting off the canvas twice in the fourth round to eventually wear down and KO Wilder emphatically in the 11th.

Iole didn’t mention whether the number that he’s learned includes all purchases, which would include Fox Sports and ESPN’s streaming services, as well. Therefore, that number may rise somewhat. It also may not take into account the British audience that would have been watching in the early Sunday morning hours in the U.K. on BT Sport and PPV there. But, that number wouldn’t be expect to be significant because of the time delay in Britain.

And, the Fury Wilder III number is a drop-off from the near 850,000 buys for the second fight between the two, also won by Fury on a TKO in February 2020.

Still, excess of 600,000 purchases (and maybe, a little more) domestically at the $79.95 price translates into somewhere around $50 million in PPV revenue. And, that will help offset the massive cost of the previously agreed to guarantees over over $25 million to both Fury and Wilder for their second rematch.

We also await the official word on paid attendance in the T-Mobile Arena off the Las Vegas strip, but that’s expected to be over 14,000 for the fight last Saturday night. That would represent a “live gate” revenue in excess of $10 million and probably higher for the bout.

That info should become more available later this week.