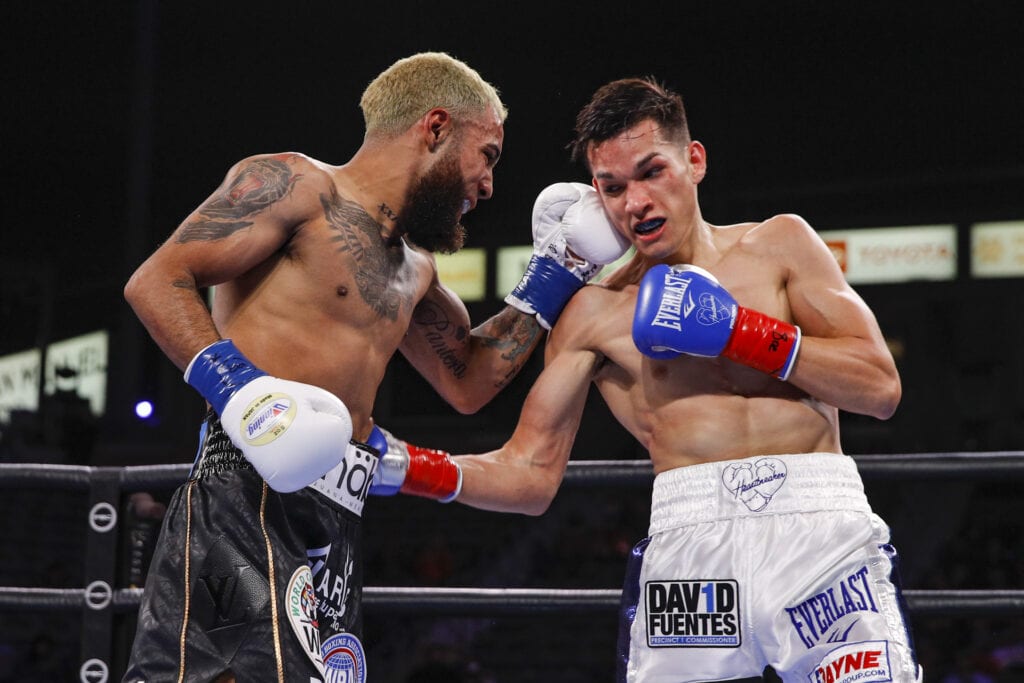 Schedule shuffling has become common place this Summer, especially with Covid 19 postponements, but the three belt Super Bantamweight Unification title fight between Stephen Fulton and Brandon Figueroa is being pushed back a week for other reasons.

The originally scheduled bout for Fulton’s WBO 122 lb. title vs. Figueroa’s WBC/WBA belts was to have been on September 11th. However, Adam Abramowitz of SaturdayNightBoxing.com reported first on Thursday that it will now take the date/slot that Canelo Alvarez had been angling for in Las Vegas,

I’ve been informed that with the open date, the Fulton-Figueroa card will shift back one week to Sept. 18. It will be in Las Vegas.

Showtime premium network has apparently made the move first to secure that slot before anyone else, like Top Rank Boxing or Golden Boy Promotions can grab the date. This is due to all promotions waiting to see if Alvarez would be an Undisputed Super Middleweight title bout with Caleb Plant, or even fight someone else on September 18th. Alas, that is not happening, as Canelo couldn’t get a deal done with either PBC or Matchroom Boxing, etc.

Figueroa, 22-0-1 set the Fulton matchup into motion back in May, as he captured the WBC strap at 122 pounds by stopping Luis Nery in the seventh round with a wicked left to the body at the Dignity Health Sports Park in Carson, California. This added to his WBA “regular” title that he already owns.

As for Fulton, the Philly native captured the WBO title and improved to 19-0 with 8 KOs, by scoring a unanimous 12 round decision over previously unbeaten Angelo Leo in January. Fulton was particularly sharp and only lost a couple of rounds total on the judges cards. This included one stretch in the middle rounds, where Fulton was averaging 35 or more landed power punches per round.

So, it makes obvious sense that instead of the intriguing Fulton-Figueroa competing with that Triller “Fight Club” PPV, that they take the next Saturday left open by others indecision.