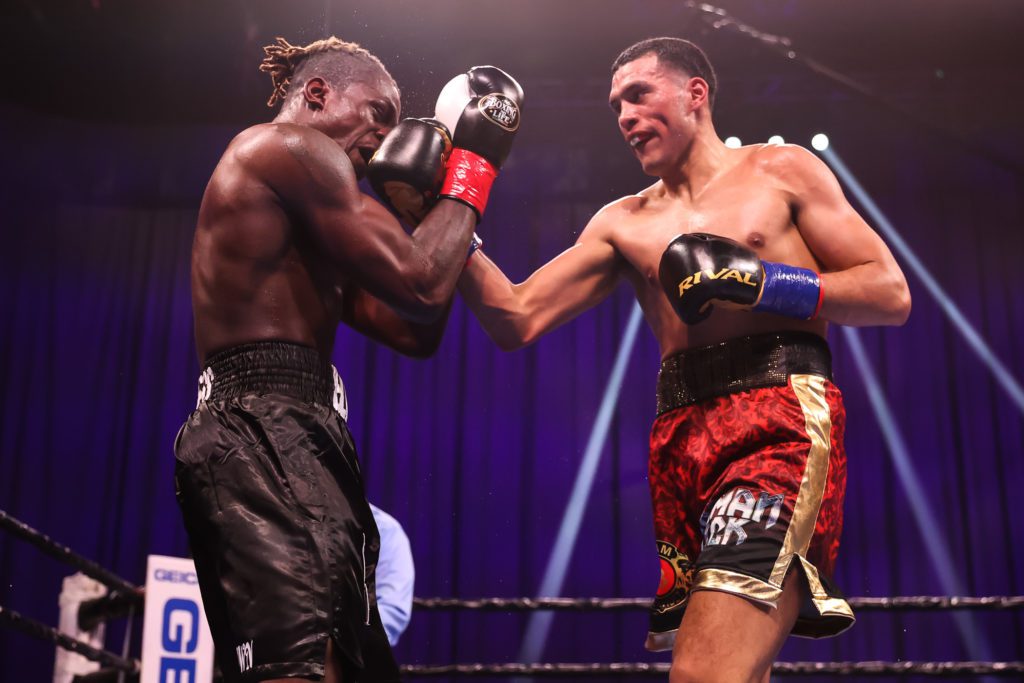 In what is becoming an all too familiar irresponsible trend, yet another main event fight is having to be scrapped due to a prominent fighter testing positive for Covid 19. This time it involves former WBC Super Middleweight champ, David Benavidez contracting the coronavirus and having his August 28th bout with Jose Uzcategui wiped out.

Boxingscene.com Sr. Writer Keith Idec had more Wednesday afternoon on the bout that was supposed to headline a Showtime Boxing triple-header from Benavidez’s home town of Phoenix,

The 24 yearold, Benavídez (24-0, 21 KOs) has knocked out his last four opponents, the latest being a win over Ronald Ellis in the Premier Boxing Champions “bubble” at the Mohegan Sun (CT) Casino in March of this year. He also formerly scored a 2019 stoppage of two-time Super Middleweight champ, Anthony Dirrell for the biggest win of his career.

This latest postponement due to Covid-19 has followed a similar pattern among prominent fighters. This, as boxing insider Dan Rafael reported Wednesday afternoon that Benavidez hadn’t been vaccinated against the virus,

Per source, the Aug. 28 Showtime card headlined by Benavidez-Uzcategui is off. The unvaccinated Benavidez came down with Covid. Confirming ESPN's report that Benavidez got Covid. #boxing

This list also includes Teofimo Lopez having to postpone his June Undisputed Lightweight title fight with Australian George Kambsos due to testing positive and being symptomatic. Then, WBC Heavyweight champ Tyson Fury pulled out of his July 24th title rematch with Deontay Wilder for reportedly testing positive. There is still skepticism with Fury’s status, as he was unvaccinated, supposedly symptomatic, but seen only days later in public around people without a mask on, despite supposedly having to quarantine.

Then, two weeks ago and just 48 hours before his Matchroom Boxing Welterweight main event, unbeaten Brit Conor Benn, tested positive for Coronavirus and had to cancel his bout with veteran Adrian Granados.

Benavidez is no stranger to controversy, including a previous failed pre-fight drug test for cocaine that caused him to be stripped of his WBC 168 lb. belt. Then, after regaining the title against Dirrell, he recently lost the title back on the scale, when he was three pounds over the limit in August 2020 for his title defense against Roamer Alexis Angulo. Even though Benavidez was victorious, he is still without a world title and trying desperately to get into a bigger fight with the likes of IBF champ, Caleb Plant or fantasizing about fighting Unified 168 lb. legendary, Canelo Alvarez.

As Idec wrote, it’s still unclear if Showtime will move forward without David Benavidez’s main event and have one of the under card bouts become the main attraction. Benavidez’s older brother Jose, who lost by KO in a World Welterweight title bid against Terence Crawford, is in one of those bouts.