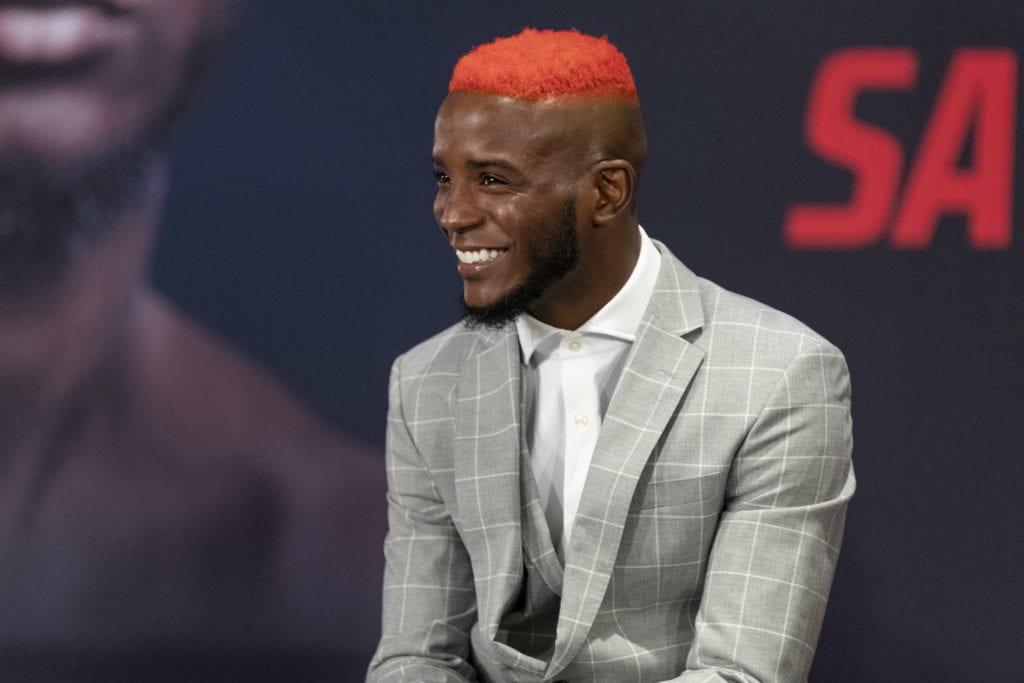 Having to scramble because WBA Jr. Lightweight title holder Roger Gutierrez tested positive for Covid 19 last week, Premier Boing Champions and Showtime will press forward with his opponent in the main event, unbeaten Chris Colbert getting a new opponent.

The 25 year old Brooklyn, NY native Colbert is 16-0, 6 KOs, and was last in the ring in a dominant decision performance against Tugstsogt “King Tug” Nyambayar in July 2021. Known as “Prime Time,” he was to have gotten the shot at the veteran Gutierrez for the secondary WBA belt. Their “Super” version of the championship is currently vacant after Gervonta Davis dropped it to remain the WBA’s secondary Lightweight champ late last year.

As for the 30 year old Garcia, he’s from the Dominican Republic and has primarily fought there in his pro career. He did fight last December on the “PBC on Fox” show at the Minneapolis Armory winning an eight round decision over Issac Avelar.

PBC and Showtime wanted to keep Colbert in the slot to have the chance to then fight Gutierrez later in 2022, rather than wait two months or longer for a re-schedule date. They also wanted to keep the other two scheduled bouts for February 26th in tact for the card, as well.

Gary Antuanne Russell, who has 14 KOs in his 14 pro wins, is still slated to battle former world champion Viktor Postol in a 10-round Super Lightweight bout. And, IBF Junior Bantamweight World Champion Jerwin Ancajas, 33-1-2, 23 KOs is to defend his title for the 10th time against unbeaten Argentine Fernando Martinez in the opener.

The southpaw Ancajas was last in action in April 2021 and got a unanimous 12 round decision over Jonathan Rodriguez.

As for the Cosmopolitan Hotel in Vegas, it will host a significant fight card for the fist time in almost two years, post-Covid 19 outbreak.