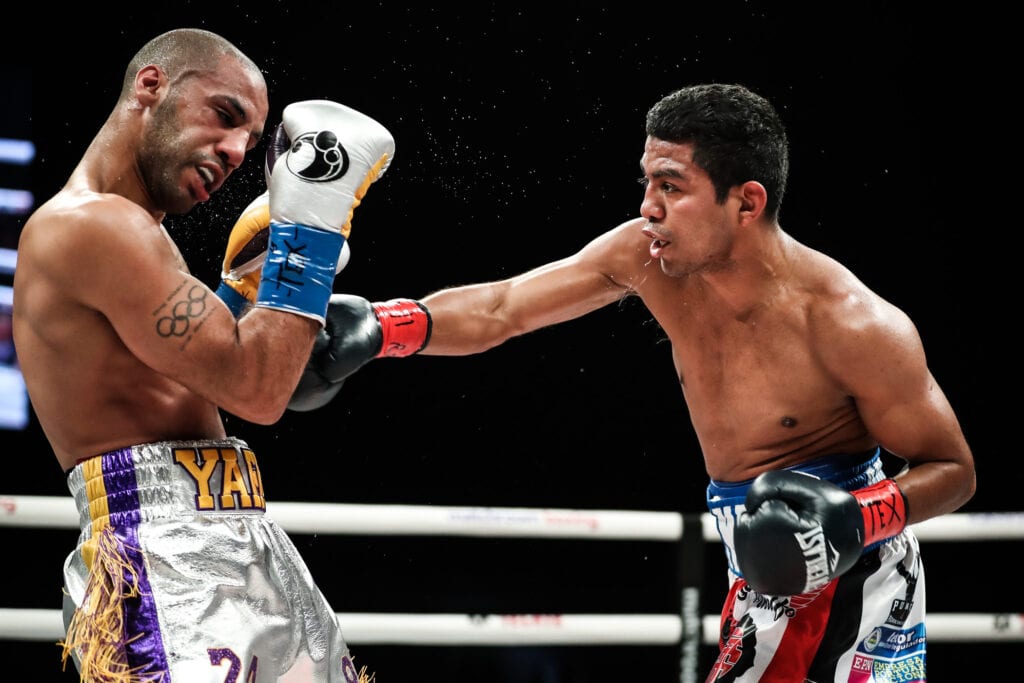 One of the smallest weight divisions will apparently have an intriguing championship fight card double-header next month in Mexico City. And, the ultimate goal is to have Ramon “Chocolatito” Gonzalez and Juan Francisco Estrada rematch in Unified Super Flyweight battle soon afterwards.

A report from boxing insider Dan Rafael, writing for RingTV.com, said Monday night that, as had been rumored, Chocolatito will defend his WBA 115 lb. title at the Azteca TV Studios on October 23rd

“We confirmed the fight terms (with Gonzalez) this morning. We are very excited to finally come to terms and get this show going”

As we wrote previously, Ramon Gonzalez and Estrada were likely going to be placed on the same show or at least in the same time frame by Matchroom Boxing and promoter, Eddie Hearn. This to set up a later rematch for their titles in the first part of 2021.

Chocolatito was last in action in February regaining the WBA version of the 115 lb. title, when he stopped Britain’s Kal Yafai in the 9th round in Frisco, Texas.

Gonzalez previously won the WBC Flyweight Championship with a knockout win over Akira Yaegashi in Japan in September of 2014. He successfully defended that title five times over the next three years before losing to Thailand’s Srisaket Sor Rungvisai in March of 2017 in a tough battle by majority 12 round decision.

Sor Rungvisai, then battered Gonzalez in their rematch six months later, stopping him in just four rounds and sending Chocolatito into semi-retirement.

He came back a year later and won a non-title battle with Moises Fuentes in Las Vegas on the undercard of Canelo-Golovkin II in September of 2018. He then took another full year off, that included rehabbing a knee injury before winning another fight in Japan last December. That got him the title shot three months later with Yafai.

Estrada won the WBC Super Flyweight title beating Sor Rungvisai (Gonzalez’s nemisis) by decision in April 2019 in Los Angeles. He has defended it once in August of last year.

The intrigue for both fighters to win is Chocolatito defeated Estrada in November of 2012 by unanimous decision for the WBC 112 lb. belt. So, there is a revenge angle for Estrada, coming up.

WBC Delays Purse Bid For Proposed Canelo-Yildirim Fight
Ramla Ali signs with Matchroom Boxing
Advertisement
To Top
We use cookies to ensure that we give you the best experience on our website. If you continue to use this site we will assume that you are happy with it.OkPrivacy policy