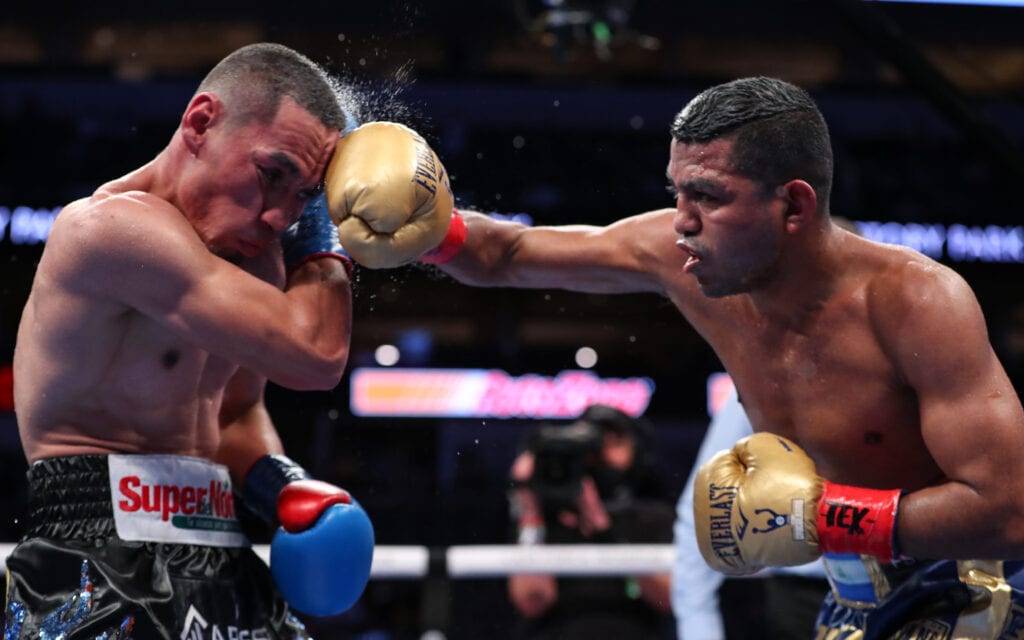 One of the most entertaining bouts of 2021 is going to “run it back” for a trilogy, as Roman “Chocolatito” Gonzalez and Juan Francsico Estrada have reportedly signed to fight for a third time coming March 5th in San Diego, CA.

ESPN’s Mike Coppinger confirmed an earlier December report about Chocolatito-Estrada III from Boxingscene’s Keith Idec about the date and location for the Unified Super Flyweight bout,

Sources: Juan Francisco Estrada and Roman “ Chocolatito” Gonzalez have signed contracts for a 115-pound championship fight March 5 at Pechanga Arena in San Diego. The rematch in March 2021 was ESPN’s runner-up for fight of the year. Will headline on DAZN. Story coming to ESPN

Their second fight last March in Texas saw Estrada win an action packed, punch fest for a 12 round split decision.

Our Marquis Johns had this recap,

Many expected a war, and it did not disappoint as the much-awaited rematch picked up where their first fight left off in 2012. Both had planned on throwing lots of punches in this one, and that was how this started from the opening bell.

The crowd of about 4,000 as expected loud for this one with Roman pressing forward to Estrada but this time around countering a lot more than what he did in the first fight. What was apparent was that Gonzalez was punching cleaner, but the volume and toe to toe action looked to favor Estrada in the early going.

This all changed as the fourth round of the fight was complete bedlam, and Gonzalez landed a right that seemed to have hurt Estrada towards the close of the round. Still, both guys kept the action going, but Gonzalez found a home for that right as the fight pressed on.  The sixth round changed that a bit as Estrada landed a left that had staggered Gonzalez a bit as he planned to land that as he was attacking the body of Gonzalez.

Seventh-round, these fireworks continued as Estrada made Gonzalez miss more by stepping back and landing overhand rights. Just incredible action in this fight between these two. “They just don’t stop punching”, noted blow-by-blow man Todd Grisham said at the beginning of round nine of the contest as both fighters at the time were on pace for 2000 punches thrown between them.

Sor Rungvisai also holds two previous wins over Chocolatito. However, the Nicaraguan Gonzalez, who is 50-3 with 41 KOs, overcame those, won the WBA Super Flyweight belt in February 2020 and had defended it once before Estrada defeated him last year.

Now, we’ll get a reload of their action packed second bout in a fight that will headline for DAZN Streaming.