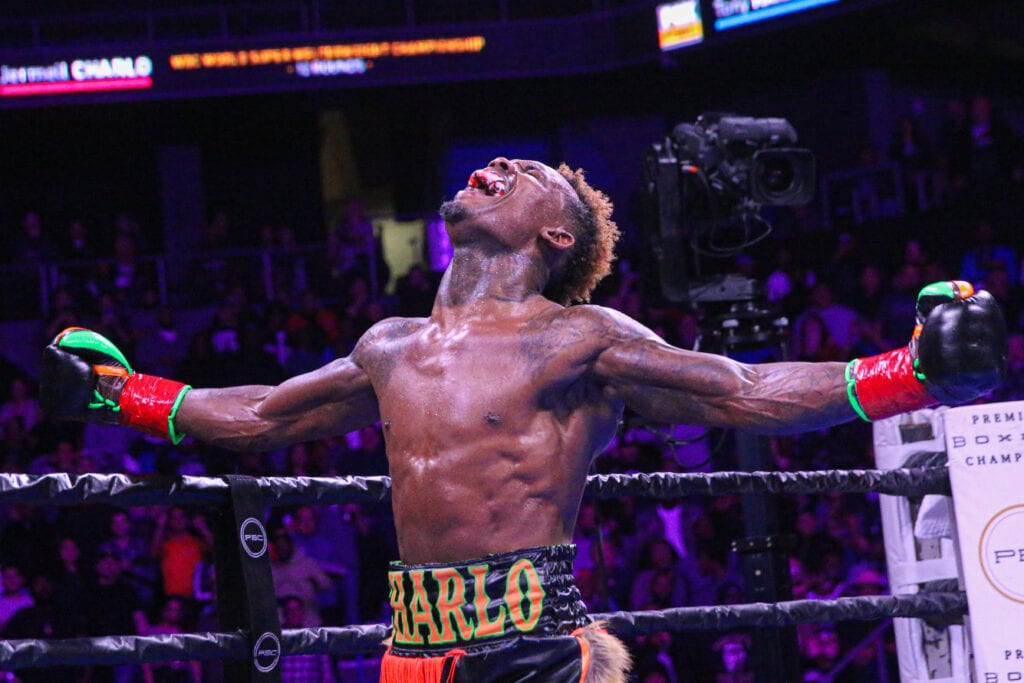 We’ve been waiting to hear some bug time fight announcements, and Jermell Charlo taking on Jeison Rosario fits that.

Mike Coppinger of The Athletic reported Tuesday night that the unification bout had been agreed upon by both sides.  The match per the report will headline PBC on FOX on either Sept. 19 or 26, both Saturday nights. The location on where these will take place will be announced down the line, once everything becomes official.

Sources: Jermell Charlo and Jeison Rosario have agreed to terms on a deal for a title unification bout that will headline PBC on FOX on either Sept. 19 or 26. Could be first significant fight since boxing’s return excluding PPV/DAZN https://t.co/zHrwrScSHB

Charlo showed everyone the home improvements he was working on in his latest “Ringside With The Lions” as he prepares to take on Rosario. (Charlo is putting in a fish tank that looks better than any of the ones at the local aquarium here.) Check out the video below as Charlo walks you thru how’s he’s living and hinted at the Rosario fight near the end.

Charlo (33-1, 17 KOs) overcame his lone defeat in the hands of Tony Harrison back in 2018 by stopping him in the eleventh round to recapture the WBC title at 154 last December in Ontario, California. Before the loss to Harrison, he held that same title since 2016 defeating John Jackson for the then-vacant title.

Rosario (20-1-1, 14 KOs) made noise back in January by upsetting Julian Williams in Philadephia to capture both IBF and WBA titles at  154. Rosario came into that fight the underdog and ending up stopping Williams in the fifth round. Williams did not exercise his rematch clause immediately for the return bout, which paved the way for the biggest fight at 154 to be made.

More and more flights are being slated for the fall as boxing tries to setup bigger fights to close out the year. This one for PBC, once it becomes official, is good, especially if it it’s on over the air Fox TV.