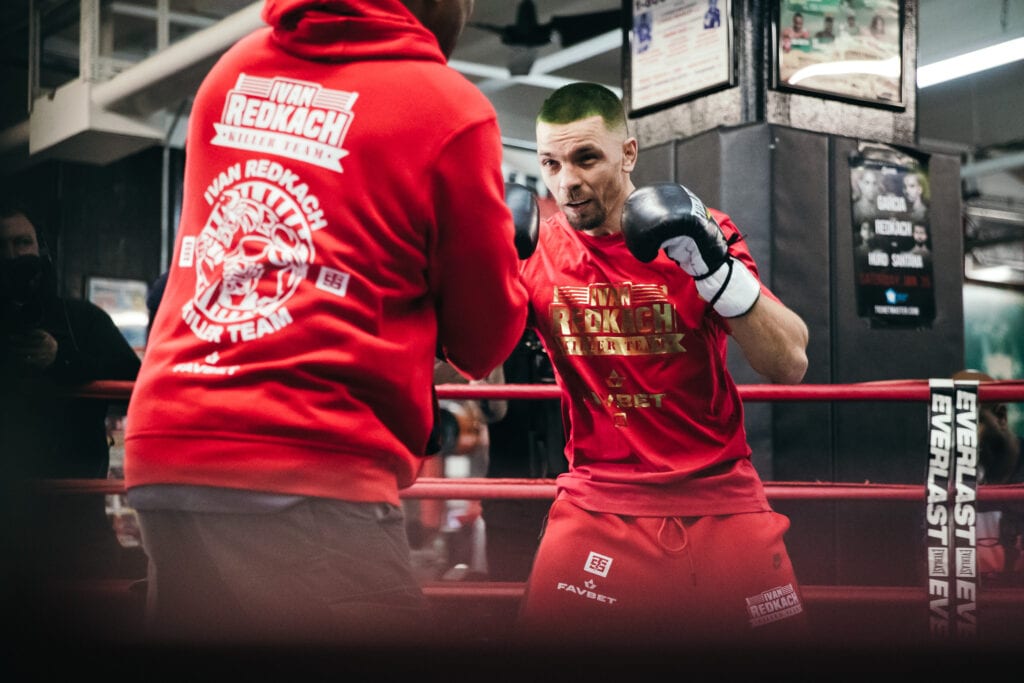 Ivan Redkach, this Saturday, is taking on Danny Garcia in a match that everyone you read and look has been labeled a foregone conclusion. When this fight was announced, everywhere you look and hear has Garcia winning easily and has been labeled for him a “step-ahead” fight in this WBC title-eliminator.

Noone, however, told that to Redkach.

Redkach speaking at the media workouts at Gleason’s Gym in Brooklyn thinks that Garcia is looking past him and is looking for the upset.

“The biggest weakness I see in Danny is that he’s not taking this seriously,” Redkach said to the media on Wednesday. “He’s counting on this as a tune-up fight, and that’s a big mistake. This is not going to be a tune-up fight for him.

“Danny is already looking past me. I know it’s because I’m a southpaw. But he’s going to get a rude wake up on fight night." – @IRedkach #GarciaRedkach pic.twitter.com/xA4RyKiB6h

The reason everyone is paying Redkach (29-4-1, 18 KOs) no attention in this fight is that he’s making the jump up a weight class to face Garcia. Redkach only has done this only once, which was his last fight against Devon Alexander last June. That fight, however, was for Redkach a sixth-round knockout victory for him. Redkach feels that fighting at welterweight will not be a problem.

“Like a lot of fighters, I’m usually in training camp focusing on cutting weight'” Redkach said. “Fighting at welterweight, I don’t have to do that. I feel strong, and I’m going to put on a strong performance.

Garcia (35-2, 21 KOs) will be for Redkach, a considerable leap in competition on Saturday night in the main event. The southpaw from Ukraine is looking at this fight as not only a chance to upset but to dash Garcia’s title aspirations.

“Danny is already looking ahead to a fight with Errol Spence Jr. or Manny Pacquiao, but before he gets to them, he picked me. I know it’s because I’m a southpaw. But he’s going to get a rude wake up on fight night.

“This win will change my life, and I’ve already worked my whole life to get to this moment. I want to win this fight, and then the biggest fights at welterweight will be open to me. Right now I’m only focused on my fight Saturday night.

“I’m going to knock him out. That’s how I see this fight going. We’re going to leave it all in the ring, and I’m going to come out victorious,” Redkach said.

We just saw an upset last weekend with Philadephia boxer and champion Julian Williams, Redkach is looking to keep that streak going against Garcia on Showtime at the Barclays Center.