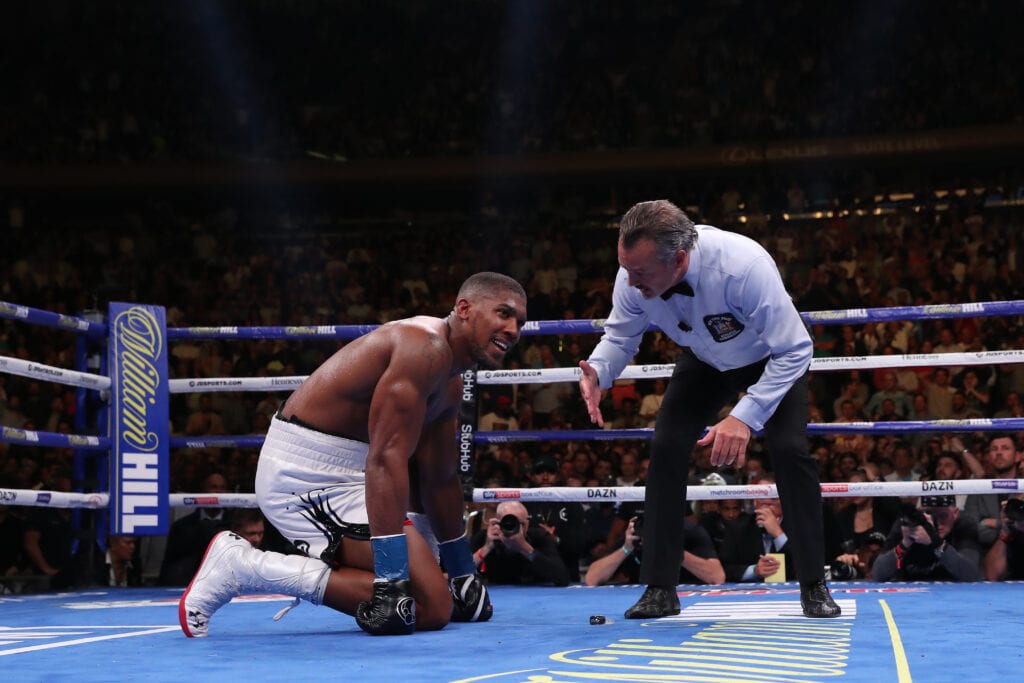 The anticipation continues to build for the rematch between Andy Ruiz and Anthony Joshua for the Unified Heavyweight Championship Saturday night in Saudi Arabia. And, we now know who the third man in the ring will be.

Both camps and the three different organizations, the WBA, the IBF and the WBO have agreed that Puerto Rican World Championship veteran, Luis Pabon, will officiate things in the scheduled 12-rounder.

The well traveled Pabon, had previously worked the Sergey Kovalev Anthony Yarde WBO Light Heavyweight Title fight in Russia in August and stopped the fight when Kovalev scored a 10th round knock down of Yarde. Earlier this summer, Pabon refereed in Japan, as Rayota Murata scored a second round TKO over American Rob Brandt for the WBA Regular Middleweight Championship.

Pabon works most frequently in his home country of Puerto Rico, where he most recently refereed a couple of lighter-weight fights on a November 22nd card.

This will clearly be the biggest fight that he’s ever refereed in his boxing career with two large men in the ring.

And there will be some scrutiny, as the Joshua camp and his fans believe that the referee from the first Ruiz-Joshua fight, Canada’s Michael Griffin, should not have stopped the fight in the 7th round in June.

Griffin, however, was praised by many for how he officiated Ruiz’s dramatic upset win, including admonishing Joshua for spitting out his mouthpiece on purpose to delay things after Ruiz scored his fourth and final knock down of Joshua in the fight. Joshua would subsequently turn his back, while Donovan was counting and stood with his arms on the ropes, while Griffin gave him the mandatory eight count. And then, he refused to come out of the corner to resume the fight and Donovan waved it off.

In addition to Pabon, the judges will be American Glenn Feldman, Steve Grey of England and Benoit Russell of Canada. All of whom have worked multiple world championship fights in their careers.