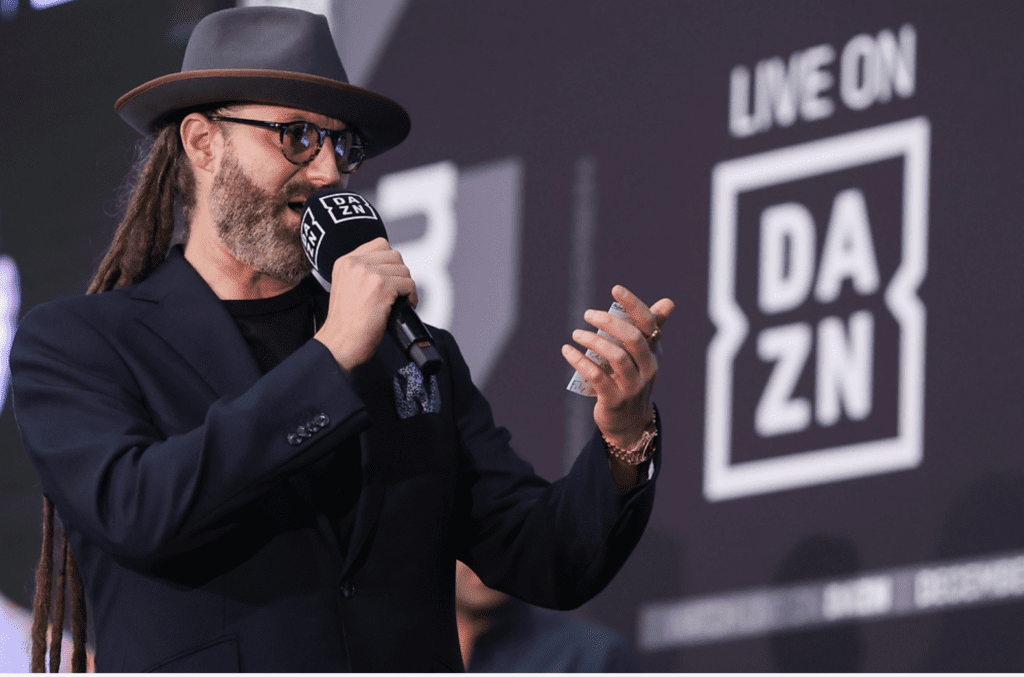 Awful news from earlier this week out New York, as prominent ring announcer and personality David Diamante was involved in a serious motorcycle crash in Brooklyn, NY, which left him in serious condition and facing a long recovery.

Boxingscene.com’s Thomas Hauser had more on the accident and comments from Diamante,

Diamante was involved in a serious motorcycle accident on Monday while riding on Third Avenue in Brooklyn beneath the Brooklyn Queens Expressway.

He was taken to NYU Langone Health in critical condition suffering from three fractures to his spine, multiple broken ribs, and serious damage to his right knee.

He underwent five hours of surgery on Tuesday during which nine screws, multiple rods, and cadaver parts were inserted in his spine…

“It’s going to be a tough road. It’s a bad injury and getting better will take some time,” he told Hauser. “This will be a struggle. I’ll have to learn to walk again, and right now there’s a risk of complications. But I have a positive attitude and will be back as soon as possible.”

Diamante had just worked, as the ring announcer for the Matchroom Boxing show in Manchester, England this past Saturday that featured Joseph Parker decisioning Derek Chisora over 12 rounds in their rematch. Diamante has been their most prominent voice in the ring over the past five years, including working most of Matchroom’s shows in Europe. He had traveled back to the U.S. on Sunday.

Diamante actually tweeted that slogan on Saturday night with a photo of himself in Manchester ring,

The iconic boxing ring voice of the last 40 years, Michael Buffer, also took to social media to mention that he had spoken with Diamante,

Yes..he’s had surgery..I spoke to him today and he’s very optimistic..David’s a fighter and has met big challenges in his life-this will be another one! The details will be his to disclose but I’m sure we’ll see him back in the ring again-strong,fit and recovered!@daviddiamante https://t.co/Womg7wlGd9

We echo those sentiments and wish Diamante well in his upcoming recovery from his injuries.