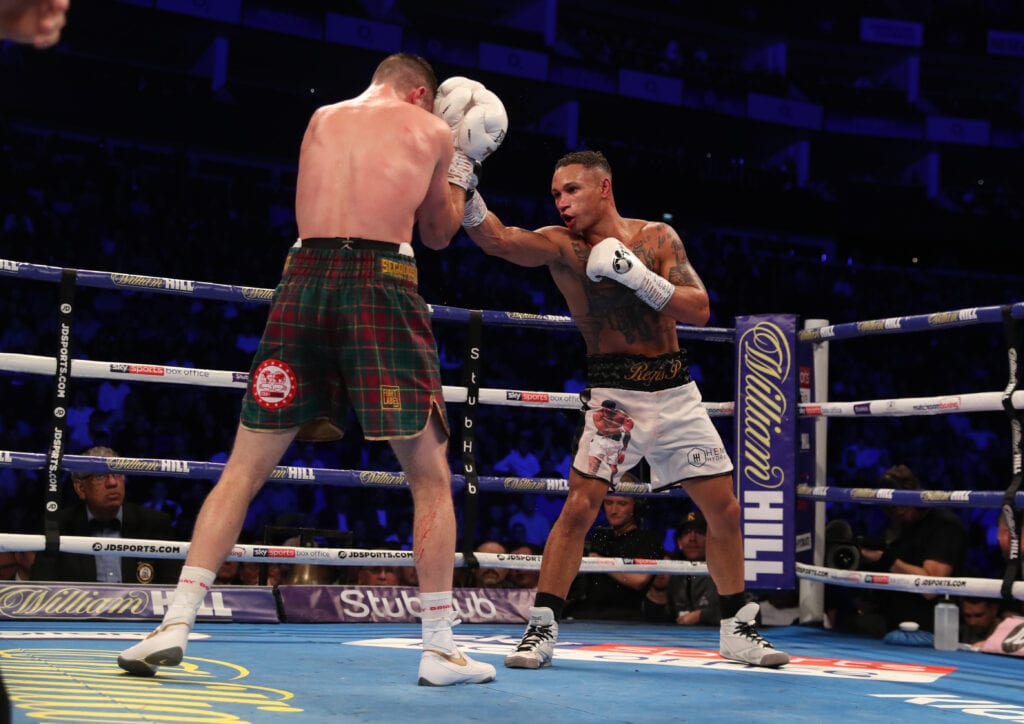 Regis Prograis last year was on the wrong end of a unification bout against Josh Taylor that not only was a tough fight but one I feel they should do again in 2020.

While we patiently await that scrap, Prograis, in an interview with Boxingscene.com, hinted he’d move up in weight to take on some of the best at 147. One of those he mentioned would be the winner of the upcoming welterweight matchup in February between Mikey Garcia and Jessie Vargas taking place in Frisco.

“They’re two live opponents, and it will be a very good fight,” Prograis said to Boxingscene. “I lean more toward Mikey, though, in a very close split decision to win it,” said Prograis. “I’m trying to figure out the next move for me, in who we’re going to fight next. I can potentially fight 147, but it all depends on who it is. There are a lot of names at 147. We’ll see what happens. It doesn’t matter to me. I can go up. I’m in a real good position I’m in right now.”

Another name Prograis hinted at a match with would be top pound for pound fighter Terence Crawford.

“I’ve definitely been wanting to fight Crawford for a long time, for sure,” Prograis said. “We’ve always had back and forth with each other.”

Back in October, I was a guest on The Corner Guys Podcast, and one of the fight scenarios host Thomas Trambx threw at me was a catchweight fight between Crawford and Prograis. Crawford spent all of his 2019 boxing in the ring victorious against Amir Khan and Egidijus “Mean Machine” Kavaliauskas and lobbying outside of it for a fight with unified champion Errol Spence Jr.  Crawford-Spence seems to be yelling into the same echo chamber in 2020 as he recovers from injuries he suffered in a car accident at this point, so a matchup with Prograis would be intriguing if it can be done.

For Prograis, the goal is simple, get back into the ring and win.

“I want to get back in the ring. I want to get all of the belts back and be the undisputed champion. I was close to getting it, but now I have to back up and analyze things again,” Prograis said.

If the move for Prograis is at 147 for these matchups, either Garcia/Vargas or Crawford, I’m all for it.

Nearly 50 years ago Saturday Sonny Liston was found dead
Team Moloney Unite in Australian Bush Fire Crisis
Advertisement
To Top
We use cookies to ensure that we give you the best experience on our website. If you continue to use this site we will assume that you are happy with it.OkPrivacy policy