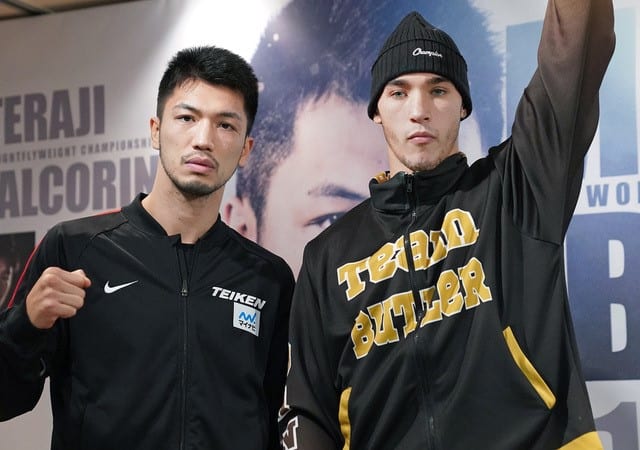 WBA middleweight champion  Ryota Murata in his first defense back of regaining the belt back from Rob Brant, made a successful defense of that belt stopping Steven Butler in five rounds at the Monday evening at Yokohama Arena in Yokohama, Japan.

The fight itself could be simply explained as the experience of Murata was just too much for Butler, who in facing Murata was a huge leap in competition. This however started out with Butler willing to go toe to toe with Murata. By the end of the second round, everyone watching in the states in the early bird special or last call for alcohol time slot depending on your time zone saw that Butler was getting hit with the right repeatedly and often.

Ryota Murata overwhelms Steven Butler early and doesn't stop, en route to a 5th round TKO in Yokohama, Japan! Murata carries his WBA Middleweight strap into 2020 with eyes on unifying in a loaded 160-pound field of champions … #MurataButler pic.twitter.com/AJ84ur2L6X

The end of this game but one-sided effort came in the fifth round when Butler was cornered into ropes and hurt by a punch and was preceded to be knocked down. At this point, referee Rafael Ramos had seen enough and this one was over.

For Murata 16-2 (13KOs), this first defense of his second tour of holding the WBA belt. The one thing that will draw concern and question is who is next up for the 2012 Olympian.

One thing for sure I don’t see likely with Murata is be a shot at a unification bout.In looking down the line of the other belt holders, it almost seems pretty bleak. You can add Murata’s name to the boxing net in the “who wants to fight Canelo sweepstakes” if you’d like as we’ll know about that whenever Canelo tells the boxing world. The other names at 160, Gennadiy ‘GGG’ Golovkin, Demetrius Andradee and Jermall Charlo sound more and more like fantasy booking than reality.

The next likely assumption will be the eventual trilogy fight with Brant, which he is contractually locked into facing when Brant is ready in 2020 recovering from injury