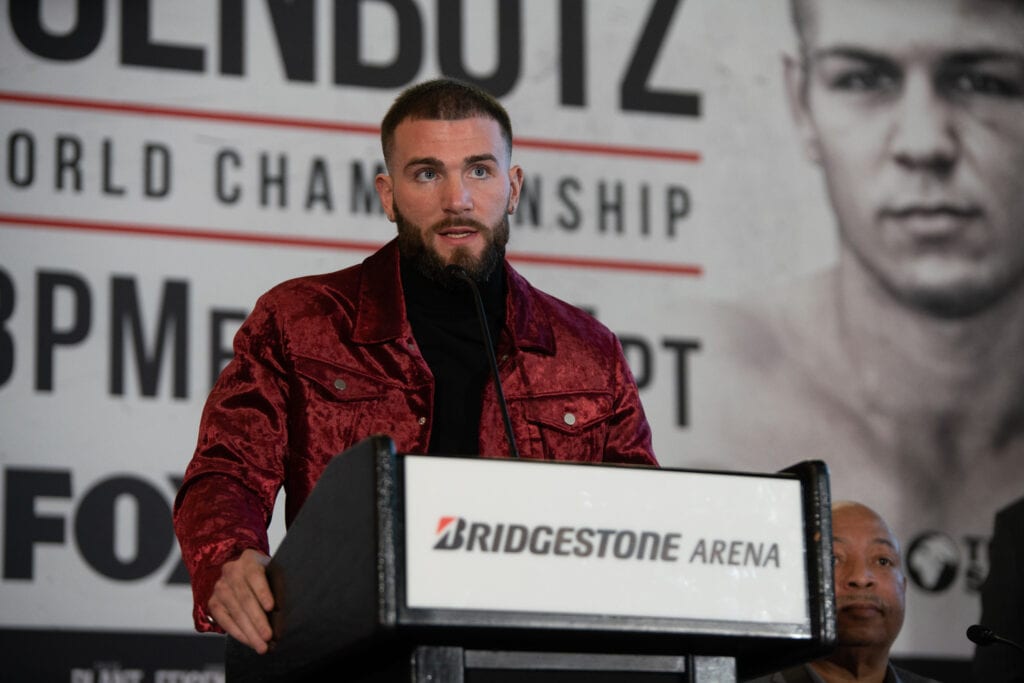 IBF Super middleweight champion  Caleb Plant is in action on February 15th in a homecoming bout in Nashville, Tennesee, from the Bridgestone Arena against mandatory challenger Vincent Feigenbutz. The undefeated Plant is fighting for the first time as a champion after his three-round destruction of Mike Lee last July. And, it’s also the first time the Ashland native is in action in his home state.

Speaking with the hometown media Wednesday, Plant expressed that the matchup next month was a dream come true.

“It’s great to be back in my hometown and my home city,” Plant said. “I’m even more excited to be bringing home a world title and to defend it February 15 at Bridgestone Arena. It’s been a dream of mine since as long as I could remember. Since I was a little kid.”

"It's been a dream of mine since I was a little kid." — IBF Super Middleweight World Champ @SweetHandsPlant, on fighting in front of his hometown fans Feb. 15th at @BrdgstoneArena in Nashville. #TeamPlant

Plant in preparation against Feigenbutz stated that this fight wasn’t going to the distance that will air on Fox starting at 8 p.m. ET. Plant also reminded everyone at the press conference that the IBF Super middleweight strap he won from Jose Uzcategui last January isn’t going anywhere anytime soon.

“I’m working harder than ever to make sure that I have my hand raised on February 15. I’m looking to do it in spectacular fashion, before the 12th round. This fight is going to end in a knockout on my behalf. I want everyone who’s going to be in the building and tuned in to know that this world title is staying right here in Tennessee.

Plant mentioned that becoming a world champion was only the beginning and he has only had just begun.

“It was a goal to become world champion, but it wasn’t the only goal. I think people tend to forget I only have 19 fights. I feel like I just made it to the base of the mountain,” Plant stated. “Some people when they become champion, they feel like they become the hunted, but that’s not the case with me. I’m still hungry. If you’re in my way, I suggest you get out of it. Because I won’t miss you.”