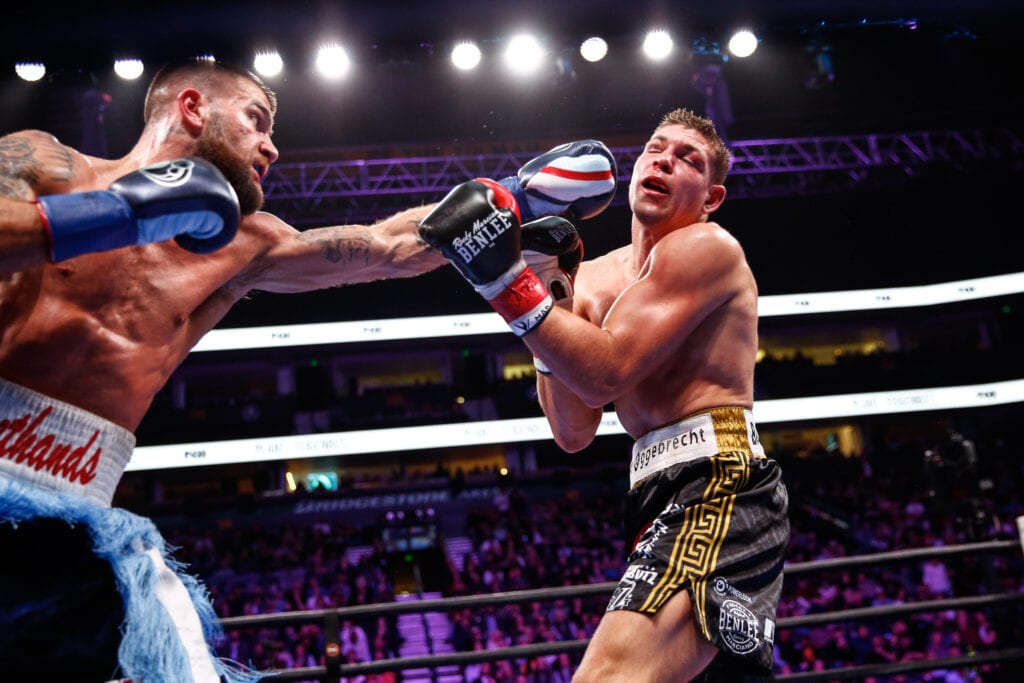 IBF Super Middleweight champion Caleb Plant had a homecoming bout Saturday night and made it a great one breaking down Vincent Feigenbutz over ten rounds to retain his IBF belt.

The main event for Premier Boxing Champions was coming from the Bridgestone Arena in Nashville, Tenn. and was seen in the US on Fox.

Talk leading into the fight was how Feigenbutz didn’t trust the water in the city of Nashville and went as far as to have his own imported in from his native Germany.

We had on the latest Big Fight Weekend Podcast Jake Donován from Boxingscene covering the hometown bout for Plant and by all accounts on the broadcast, and when Plant came out, it was a solid turnout behind the nearby Ashland fighter.

Waiting on the main event. So happy that Nashville turned out for this show. Hopefully cause for PLENTY more to come #PlantFeigenbutz #PBConFox pic.twitter.com/RkAG6yvQvW

From the onset, Plant was able to hit Feignbutz with his jab early and often. There was a moment in the second round where he stunned Feigenbutz but stayed on his feet to continue. A jab in the third round had the same effect that started a flurry as well as Feigenbutz not only didn’t have an answer, was also bloodied early on as well.

The broadcast kept making a note of the defense of Feigenbutz, but throughout the fight, he seemed to be a stationary target in what became one-way traffic. For Feigenbutz (31-3,28 KOs), this was his debut in the US, and the level of competition he’s faced was nowhere near the level of Plant. Feigenbutz did adjust the middle rounds by apply pressure, but Plant was too much for him.

The end of this fight came after the tenth round when started Feigenbutz at this point face was sporting the effects of Plant’s relentless combinations, Referee Malik Waleedhad finally has seen enough and stopped the bout at 2:23  of the tenth round for the TKO victory.

For Plant (20-0, 12 KOs), let’s hope after this matchup, they face him up against the best now at 168 instead of the Feigenbutz’s and Mike Lee’s of the division. Talk of Plant taking on WBC champion David Benavidez is something I’d like to see they put together.

Canelo has Sunday deadline for Smith/Saunders to agree?
Dubois vows to retire Joyce in April
Advertisement
To Top
We use cookies to ensure that we give you the best experience on our website. If you continue to use this site we will assume that you are happy with it.Ok