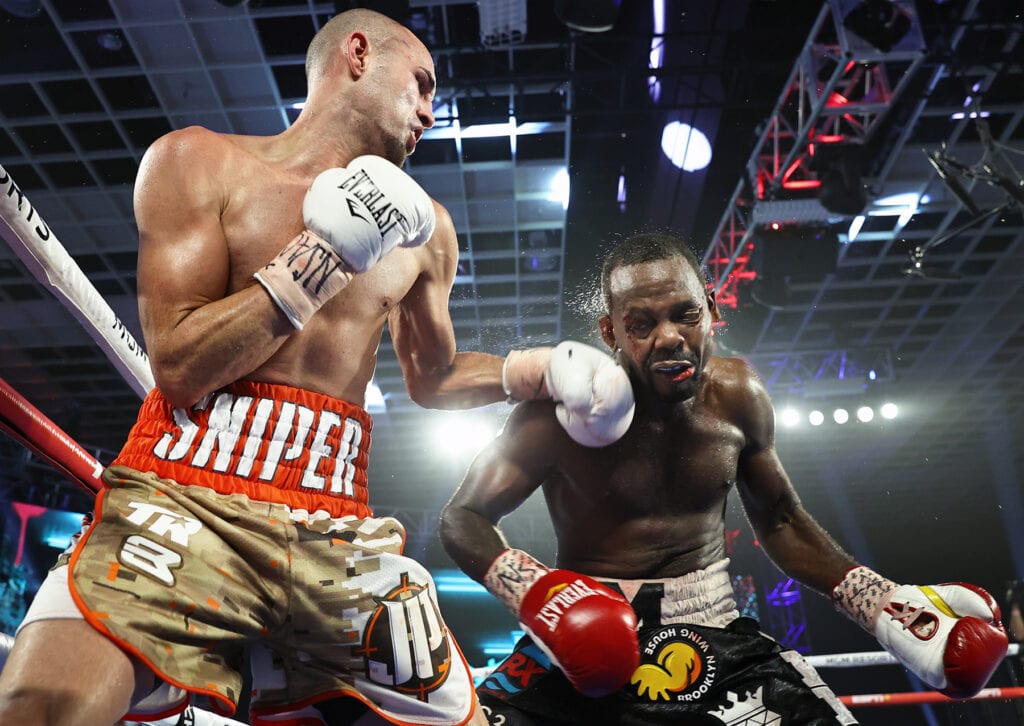 “The Bubble” in Las Vegas, Nevada ended their fights Thursday with Mikkel LesPierre (22-2-1, 10 KOs) vs.  Jose Pedraza (27-3, 13 KOs) on ESPN with an onslaught by Pedraza, scoring two knockdowns and winning by unanimous decision.

The final judge’s scorecards for this one had it clearly for Pedraza with scores of 100-88 and 99-89 by the other two.

This main event pushed back two weeks when LesPierre’s manager, Jose Taveras, tested positive for COVID-19, and was initially scheduled back on June 18.

The ten-round contest started with “Sniper” Pedraza landing power shots early on, which gave LesPierre a bloody nose early on to close out the first round. An onslaught of punches took place in the second round that had LesPierre in shell self-defense. It was so much; you would’ve thought LesPierre was just a stationary heavy bag during this.

Referee Kenny Bayless warned Lespierre at the start of the third round about showing life in the ring, or he would stop the contest. The third round didn’t fare any better for LesPierre as the close of it got hit with a straight left that stunned LesPierre before the bell rang. The fourth round gave LesPierre a reprieve from the onslaught thrown by Pedraza in the earlier rounds.

The fifth round was an interesting one, as both men exchanged knockdowns in the round. LesPierre started first with a straight left hand to land a flash knockdown. The replay showed that the feet may have been tangled, but was ruled a knockdown at the time. Pedraza returned the favor with a right hand to send LesPierre down shortly after.

They would overturn the knockdown by LesPierre at the start of the sixth round after conferring with replay official Robert Byrd. It stopped the action for a solid five minutes, but in the end, they got the call right, something that on the ESPN boxing analyst Andre Ward hated as it stopped the flow of the action of the fight.

As the fight pressed on, the return fire from LesPierre just wasn’t there in this one, but withstood the punishment over the contest form Pedraza.  In the tenth round, LesPierre was knocked down early in the round by Pedraza with a left for the second time in the fight.

At this point in the match, it looked like Bayless was going to step in at any time, but this one went the distance.