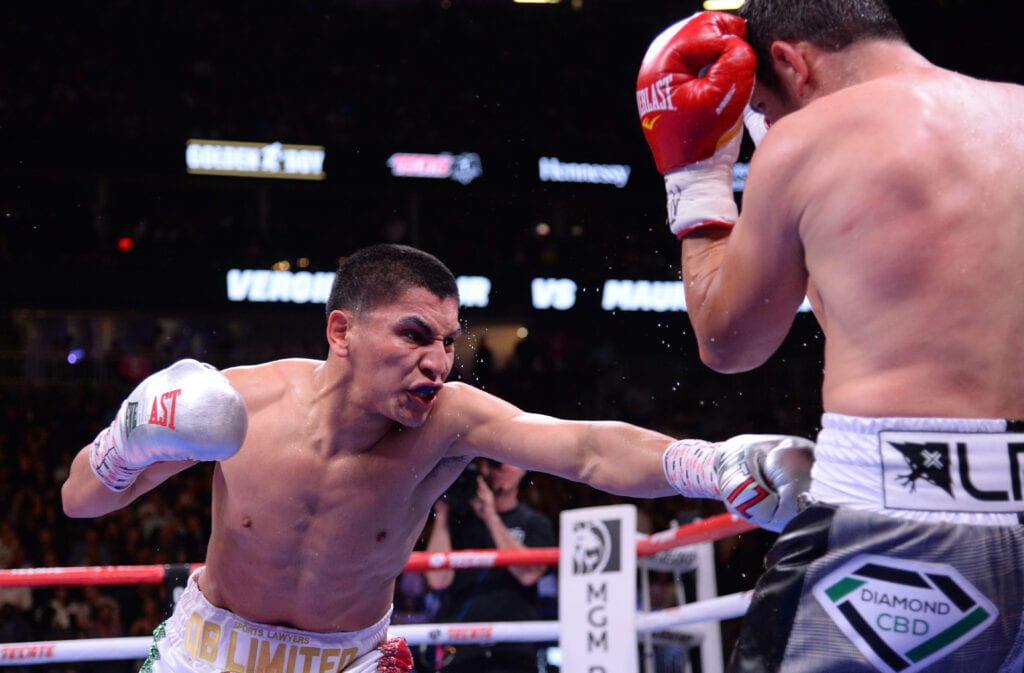 Ortiz hopeful to be tested Saturday against Orozco

Vergil Ortiz Jr. is hoping his bout Saturday will show not only that he was ring tested, but also one that will silence all naysayers.

The undefeated Ortiz (13-0,13 KOs) has a homecoming bout against former title challenger Antonio Orozco (28-1,17 KOs) at Verizon Theatre in the neighboring city of Grand Prairie, Texas and the Dallas native is hopeful of getting some rounds in.

“I really want this guy to test me,” Ortiz said in an interview with BoxingScene.com. “I’ve never been past five rounds before, so I told my promoter (Golden Boy Promotions) that I wanted someone who will push me to the limit for my next fight.”

Ortiz’s was last in action on Cinco De Mayo weekend on the Canelo Alvarez-Daniel Jacobs card and was supposed to be a tough challenge against Marco Herrera. What happened in the ring instead was Herrera getting dismantled in three rounds suffering his first career stoppage by Ortiz. The quick work brought doubt to those in his competition.

“So the moment I won, suddenly Herrera was this old man (despite only being 30 years old) who was past his prime,” Ortiz told Boxingscene.com. “The criticism didn’t bother me; I just use that as motivation to do even better in my next fight.

“But I would’ve liked for the fight to have lasted longer.”

Orozco on paper looks to be his toughest matchup to date heading into the headlining contest that will air on the streaming service DAZN. His only defeat came from recently unified champion Jose Ramirez, which was the first title shot for Orozco last September.

The plan for Ortiz is to continue grinding at 147 and see where the chips fall where they may in hopes of eventually getting a title shot.

“I’m pretty much settled in at welterweight. I hope I get a shot within two years,” Ortiz said in an interview with ESPN. “I’ve got to make a name for myself, climb the ranks, and if they say, ‘Hey, you can fight in a month, or a month-and-a-half, for a world title,’ I’d take it.”

To their credit or heartache, Ortiz’s promoter Golden Boy Promotions has been matchmaking some tough fights for their prospects. More recently with them coming out on the wrong end of the bouts with names Diego De La Hoya and Jason Quigley in recent matches. Let’s see how Ortiz fares tonight against a tough opponent in Orozco.