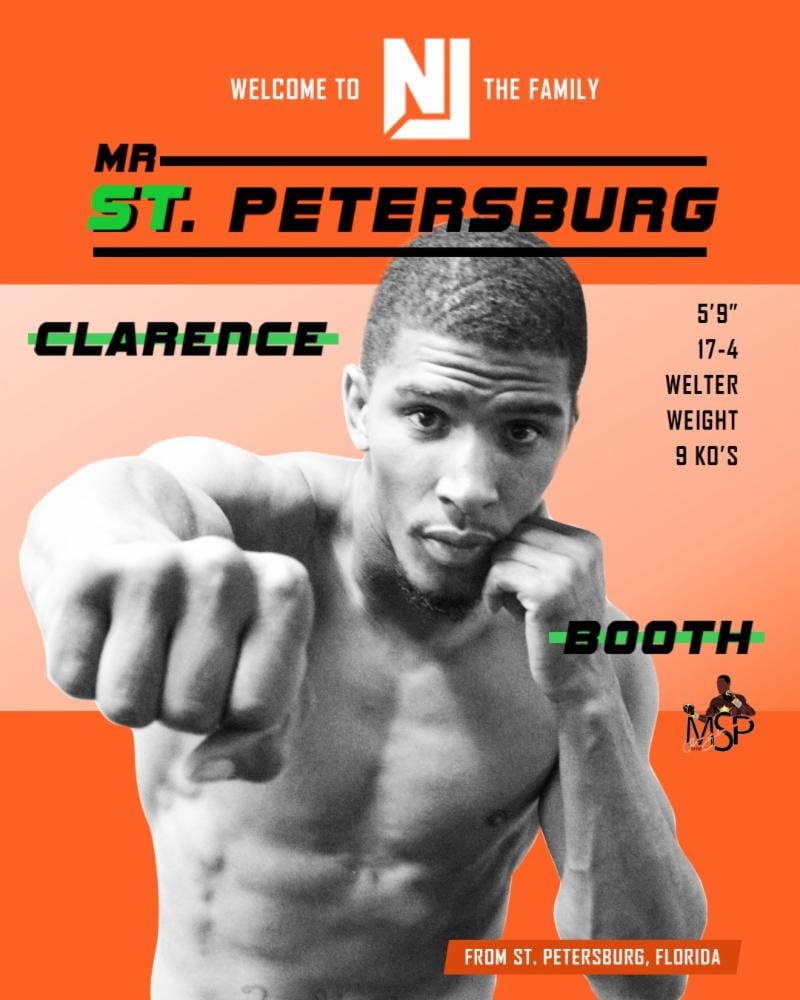 No Limit Mindset is pleased to announce the signing of welterweight contender Clarence Booth to an exclusive managerial contract.

Booth who resides in St. Petersburg, Florida has a record of 17-4 with 9 knockouts in his professional career.

A change in training camps is also what No Limit Mindset’s Shane Shapiro believes will lead to a new and improved Clarence Booth. He stated in the press release:

“Clarence and I met while he served as Sergey Lipinets main sparring partner for his fight against Lamont Peterson. Clarence is a real fighter. He lives in the gym and doesn’t ask for much. One thing that Clarence and I both agreed on is the fact that since I am based out of Los Angeles, taking advantage of the quality sparring available out here will really make a difference in his fights, which is something he didn’t always have. I believe that with a change in training environment and better sparring this will result in even better performances from Clarence Booth inside the ring in future fights.”

Booth will also begin training under Hall of Fame trainer Buddy McGirt, which Shapiro believes is the best change of all.

“In my opinion, Buddy McGirt is the best trainer in all of boxing, the job he’s doing with all of his fighters speaks for itself. Buddy trains one of my other fighters Cem Kilic (13-0) and I have seen first hand what he will be able to bring to Clarence’s natural skill set! A happy fighter is a dangerous fighter!”