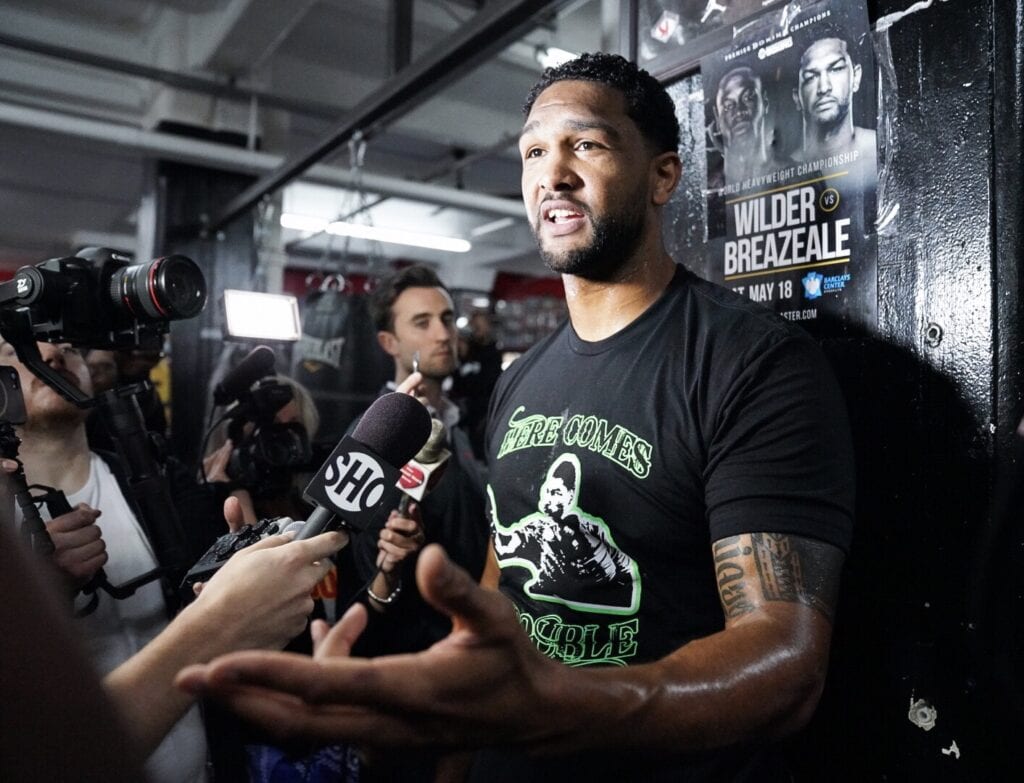 Mandatory heavyweight contender Dominic “Trouble” Breazeale and WBC Featherweight Champion Gary Russell Jr. were among the fighters taking part in the workout at Gleason’s Gym in Brooklyn. Also at Wednesday’s event and competing in action live on Showtime beginning at 9 p.m. ET/6 p.m. PT were former world champion Kiko Martinez, who challenges Russell for his title, and super lightweight contender Juan Heraldez, who faces Argenis Mendez in a 10-round attraction.

Here is what the fighters had to say Wednesday: 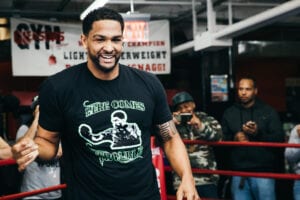 “You’re going to see a different Dominic Breazeale for this fight. I’m something that the heavyweight division needs and you all are going to be surprised on Saturday night.

“Come Saturday night, it’s man versus man. You have to do what you’ve been saying you’re going to do. His talking won’t help him then.

“There’s no way this fight goes the distance. I know for sure it’s going to be fireworks from the opening bell and there’s going to be a fantastic finish.

“Losing to Anthony Joshua in 2016 was a huge stepping stone for my career. I learned so much about what I had been doing wrong. I didn’t do enough to get the win that night. I analyzed punch after punch and learned more from that loss than any win I had.

“I don’t give Deontay much credit for his title defenses. People talk about his big right hand, but this is heavyweight boxing. I have a big right hand too. I’ve put many individuals down on the canvas. All Wilder does is talk. We’ll see who lands that right hand first on Saturday.

“I’ve been training like a caged-dog during camp and it’s nice to be here now and see people’s reactions to the work I put in. I’m confident in what I can do and what I bring to the table on Saturday night. It’s going to be fun.” 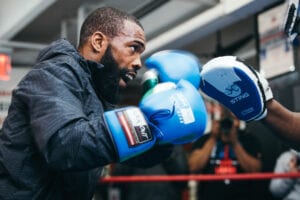 “My opponent knows who he’s getting in the ring with. Anybody who has an extended amount of time to prepare for no one else but you, is a dangerous opponent. We don’t underestimate anybody, but I don’t think his best is going to be good enough.

“Martinez has no other way to fight than to come forward. We’ll control him with our jab and he won’t be able to get past it. I don’t see this fight going the distance.

“When it comes to game plans, you have to have the ability to be versatile. You have to be able to make adjustments. Having one game plan doesn’t necessarily work.

“It’s always about getting your hand raised, regardless of the situation. My dad said a long time ago, ‘if you’re better than somebody, be better than them.’ I’m not going to fight down to my competition. If he’s good enough to stay in there for the whole fight, then he’ll get beat up for 12 rounds.

“I know he’s a strong puncher, but I never watch too much footage of my opponents. Maybe a round or so. I prepare myself to the best of my abilities, regardless of the opponent.

“The ultimate goal is to focus on getting the win. I don’t worry about how big the stage is because that’s only going to take away from your performance.” 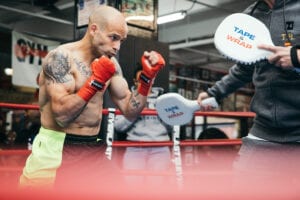 “I’m very happy to have this fight here in New York. I’m very thankful to everyone who got me in this position. I’m going to make the most of it.

“I feel like I’m better than Gary Russell Jr. I think that I have everything in me to beat him and become world champion again.

“I think that Russell is the best featherweight in the world. After Saturday, that’s going to be my spot in the division.

“My experience will be very important in this fight. All of my fights have prepared me for this one and have given me what I need to accomplish my goals on Saturday.” 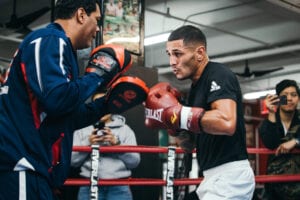 “We’re going to show a lot of smart boxing, power and defense. I’m going to be too much for Mendez. I don’t think it’s going the distance.

“I know I’m facing a former world champion who’s moved up to 140. I’ve been at this weight my whole career though. I’m the new dog on the block and I have to make my presence known.

“I’ve been making this weight for 15 years and still growing stronger and stronger. Floyd Mayweather and Mayweather Promotions have given me the opportunity to get to this point to eventually realize my dream and become a world champion. I have to seize the opportunity.

“I’ve gotten a lot of great work this training camp at the Mayweather Boxing Club. My coach Otis Pimpleton has elevated my training and every part of my game.

“I just want to win on Saturday and the sky is the limit for where I can go. I know my career is in good hands and I just need to do my part.” 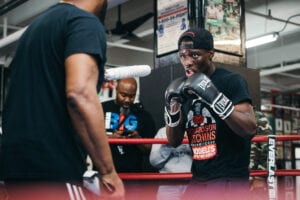 “I’m ready to go in there and do what I do. It’s another day in the gym and another chance to show off my skills. I’m more than just a prospect. I feel like I can compete with anyone and it’s up to me to prove it.

“I’m going to keep taking these guys out until the competition steps up. I’m going to take care of everyone they put in front of me. I know my opponent Saturday is going to come to fight. I’m going to have the smarts to win the fight.

“I had camp in Las Vegas and got a lot of rounds in with great fighters like Heraldez and Devin Haney. I’m just ready to keep showing everyone more in each fight.

“I never look for the knockout. If it comes, it comes. I don’t think he’s going to be able to take the heat I bring. My goal is to show that I’m ready to step it up to a much higher level of competition.”