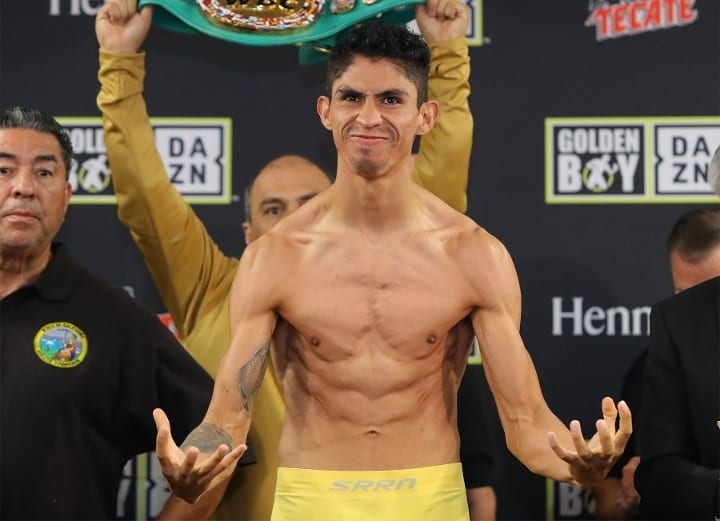 It’s a new year, and we have the name of the annual Gary Russell Jr. mandatory challenger for his World Boxing Council (WBC) featherweight title.

That name is Rey Vargas.

Jake Donovan of Boxingscene reported that the WBC confirmed that Vargas, who was campaigning at 122 pounds, will move up and become the number one contender for the long-reigning titlist. Both are signed with Premier Boxing Champions and, per the report, confirmed that Vargas moved up.

So at least for 2021, Vargas can add his name to the year club’s annual Russell fight. Russell was last February in action pre-pandemic, winning a unanimous decision against Tugstsogt “King Tug” Nyambaya in Allentown, Pa.  Since then, Russell has been seen on social media trying to get a fight with more prominent names such as Devin Haney and, most recently, Gervonta Davis. Both have not reached the stage of actually happening, and Haney himself challenged Yurkois Gamboa instead.

Vargas (34-0, 22 KOs) was last in action while at 122 pounds defending the WBC belt against number one contender Tomoki Kameda in July 2019 by unanimous decsion. That was the last time he was in the ring and was the fifth successful title defense for Vargas at junior featherweight. Since then, Vargas was named “Champion In Recess” as he was recovering from an injured leg, and the pandemic kept him out of the ring during all of 2020. Having to give up the title, Luis Nery won it as he defeated Aaron Alameda on the Charlo twins pay-per-view last September.

So with the move up for Vargas, he becomes the latest name to challenge Russell’s title, joining Jhonny Gonzalez, Patrick Hyland, Oscar Escandon, Kiko Martinez, and Nyambayar. Vargas will be the biggest name to date for Russell, which he continues to call out names and eventually fight more than annually.