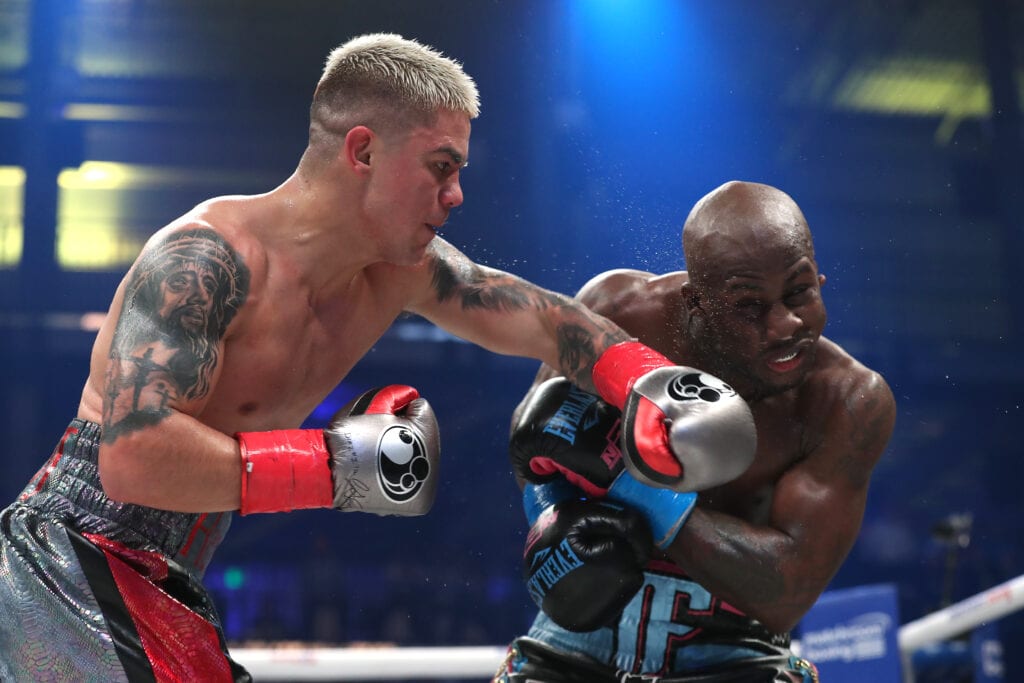 With his February 13th title defense up in the air, IBF Junior Lightweight Champion, JoJo Diaz, has made it clear if there is a need for a new opponent for him, but there’s one name that he doesn’t want to fight, again.

First, IBF top contender, Shavkatdzhon Rakhimov, will not be able to participate in the scheduled 12-round title fight that was to have headlined DAZN’s show in Hollywood, California. However, Rakhimov, 15-0, 12 KOs, has tested positive for Covid 19,

While Rakhimov is contesting the positive Coronavirus test, it’s unlikely he will be available.

So this means the 31 – 1 Diaz is now looking for another challenger on short notice. And, fans and some in the boxing media are speculating that that might be the former IBF Champion, Tevin Farmer.

This after Diaz lifted the IBF’s 130 lb. belt off of Farmer last January in Miami via 12-round unanimous decision. And, while Farmer may want a shot at getting his belt back, Diaz made clear Thursday night he has no interest.

Taking it to social media to respond to the calls for a rematch Diaz let a picture speak for him,

Then when Farmer’s promoter Lou Dibella got involved and said that financial demands were standing in the way of the reason why Diaz – Farmer had not happened, yet, the champ blasted back at him as well,

Until I see a NEW AND IMPROVED OFFER KEEP THAT MOUTH SHUT TOO LOU 🙄🤦🏽‍♂️ https://t.co/lMLMuGmvSX

That was clearly in reference to Diaz, who is the former WBA Featherweight Champ, wanting the “A Side” money in a subsequent bout with Farmer or anyone else.

It’s still unclear as to whether DAZN will move forward with the Diaz title defense against someone else. Or would they rather just postpone this fight with Rakhimov until he’s healthy enough to resume training and then, maybe fight in late February or March?

For now the other co-feature title fight remains in place. That’s WBO Jr. Middleweight Champ Patrick Teixeira scheduled to make his latest defense against his number one challenger, Brian Castano.

Keith Thurman Versus Everybody
Next Mandatory for Gary Russell Jr? Rey Vargas
Advertisement
To Top