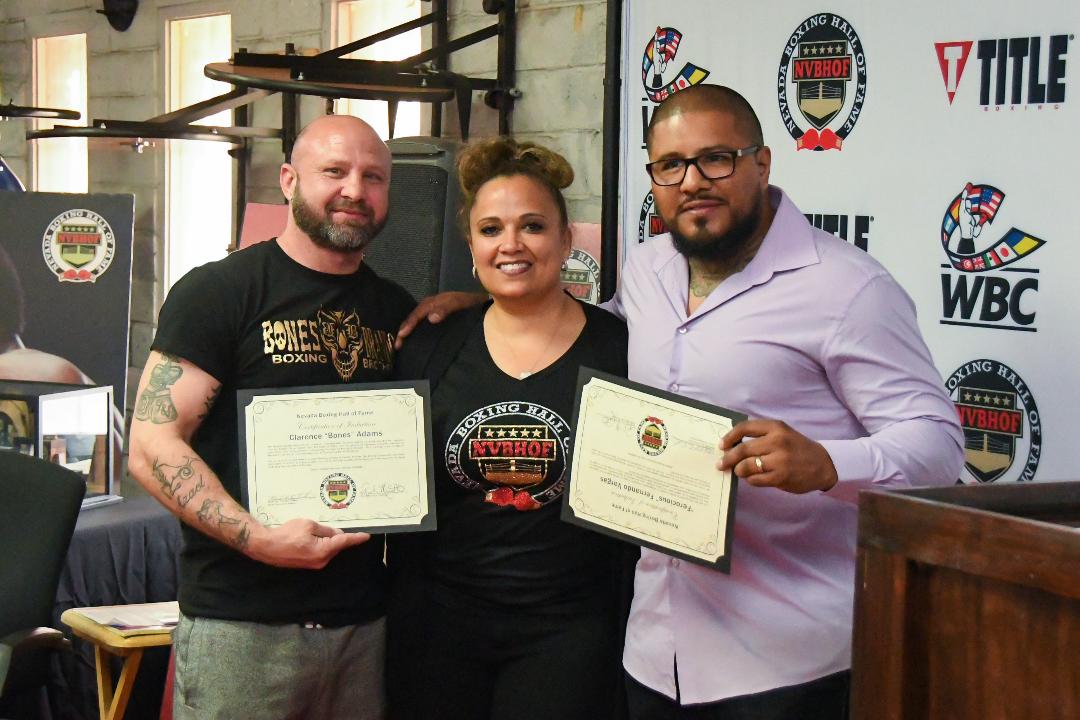 There is hope that boxing will be resuming soon in Nevada. However, the Covid-19 pandemic has still caused the Nevada Boxing Hall of Fame to postpone their upcoming scheduled summer induction ceremony until next year.

The HOF made the announcement through social media and an emailed statement Tuesday afternoon,

It read in part,

“We waited as long as possible before making this difficult final decision,” stated Michelle Corrales-Lewis. “Our induction weekend features numerous events that require close proximity of our devoted boxing fans with honorees. Hundreds of fans mix with our inductees, champions, and celebrities where hand-shaking, hugging, picture-taking, autograph-signing, and close-in dining are all part of the experience.

We do not want to reduce the quality and emotion of the weekend for our Inductees, and certainly do not want to put anyone’s health in jeopardy because of the nature of our event.”

The Hall of Fame had announced in early March that their induction ceremony would be taking place on August 8th. However, the coronavirus outbreak struck in the middle of March and has effectively shut down all of sports for the past 60 days.

Several other legendary fighters from the 1970s, 80s and 90s, like Azumah Nelson, Danny “Little Red” Lopez and Jose Luis Castillo will also, eventually, go into with Ward, Vargas and Toney.

The HOF had also announced that former legendary referee Carlos Padilla from the Phillipines, who worked the Ali-Frazier “Thrilla in Manila,” but then, moved to Las Vegas and worked dozens of world title fights there, will also go in. So, too will former late-WBC President Jose Sulaiman, who’s organization started in the 1970’s sanctioning hundreds of world title fights also got the 2020 honor.

Fury-Wilder third fight on move out of Vegas?
WBC offering a price cut once boxing continues
Advertisement
To Top
We use cookies to ensure that we give you the best experience on our website. If you continue to use this site we will assume that you are happy with it.Ok