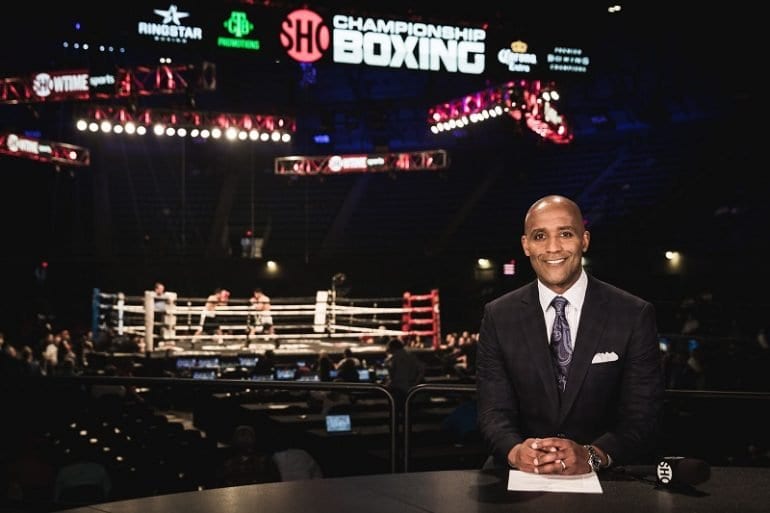 We covered it all with the host of Showtime’s boxing coverage, Brian Custer, on our latest “Big Fight Weekend” podcast. This, as senior writer for this site, Marquis Johns, joined me to discuss Nery-Figueroa and the upcoming schedule,

As Custer told us, he expects action from the jump from the 122 lb. champ, the 31-0 Nery, but also from his aggressive challenger, the 21-0-1 Figueroa.

“It has all the makings (of an action fight). Brandon Figueroa is an all action fighter. Even though he is tall and rangy for this weight class, he doesn’t fight like that. He fights like his brother: ‘I’m just gonna come forward. I’m gonna smother you.

And now you’ve got Luis Nery, who before had this knockout streak- 14-15 straight. was knocking everybody out. It was different though against Aaron Alemeda (went the distance). Now, he makes the step up to 122 lb., of course he wins the title,…but now people are questioning whether his power can carry up here to 122.”

The winner will have a chance at a unification bout later on in the Fall against the current WBO champion at Super Bantamweight, Stephen Fulton.