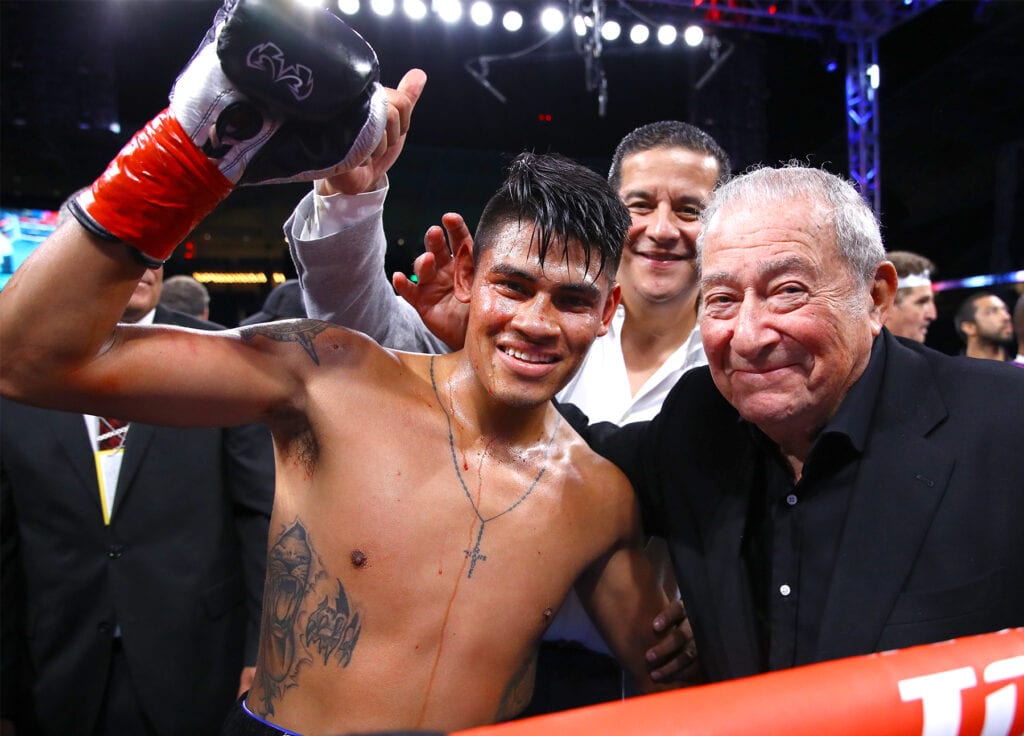 Shortly after, Top Rank promoter Bob Arum stepped through the ropes and told the ESPN television audience and the crowd on the PA mic that Navarrete would be invited to be part of the Vegas show in September that will headline with Tyson Fury fighting Otto Wallin in the Heavyweight division.

ESPN’s Dan Rafael had the story first on the matchup and opponent:

Navarrete will fight Juan Miguel Elorde of the Philippines, who is 28 – 1 with 15 KOs and is ranked number 2 by the WBO. Rafael got comment from Top Rank Vice President Carl Moretti on the contender who will challenge Navarrette:

“The paperwork is done and I expect to get it back shortly,” Moretti said. “Elorde is ranked No. 2 in the WBO and the fight is sanctioned. Elorde was already in the gym and he took the fight with no hesitation. It’s Mexico versus the Philippines on Mexican Independence Day weekend. We’re very happy we could get the deal done with all parties.”

Navarrete burst on the World Championship scene with a 12 round unanimous decision win over Ghana’s Isaac Dogboe in December of 2018 to capture the WBO 122 lbs. belt. Then in May, he defeated Dogboe for a second time with a 12th round TKO to retain his championship.

Now, with the easy DeVaca win on Saturday on ESPN, clearly Navarrete has momentum and some name recognition for Top Rank to put him on the undercard of Fury-Wallin at the MGM Grand Arena.

The 24 year old Mexican is a perfect fit for “Mexican Independence Weekend” that will be celebrated and Top Rank was able to capitalize.