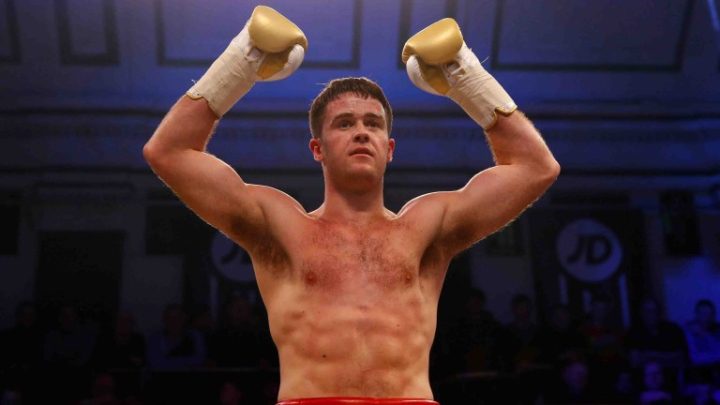 MTK Fight Night Back In February

In 2022, MTK Fight Night will feature two title fights when they return back to York Hall in London, England on February 11.

Dignum (13-0-1, 7 KOs) is back following his hard-fought draw with Andrey Sirotkin in April, turning his attention to former Southern Area champion Dennis (17-3, 3 KOs) for an all-British showdown.

MTK Global Promoter Lee Eaton said: “We’re delighted to start 2022 in a big way by heading back to York Hall with another massive card on February 11. We ended 2021 with two superb events at York Hall, and it will be more of the same in the New Year.

“It’s great to have Danny Dignum back after injury forced him to miss the rest of 2021, and it’s a brilliant domestic battle against Grant Dennis. Gary Cully returns too in an intriguing clash against Artjoms Ramlavs, and it gives Gary another good chance to test himself.

“Jamie Robinson will look to move back into title contention on the card, plus some of our best unbeaten prospects like Shiloh Defreitas, Nina Hughes, Joe Giles, Will Hamilton, Jordan Flynn and George Mitchell are all in action. Bilal Fawaz finally gets the chance to make his professional debut as well following his incredible journey, so this is certain to be a must-see event