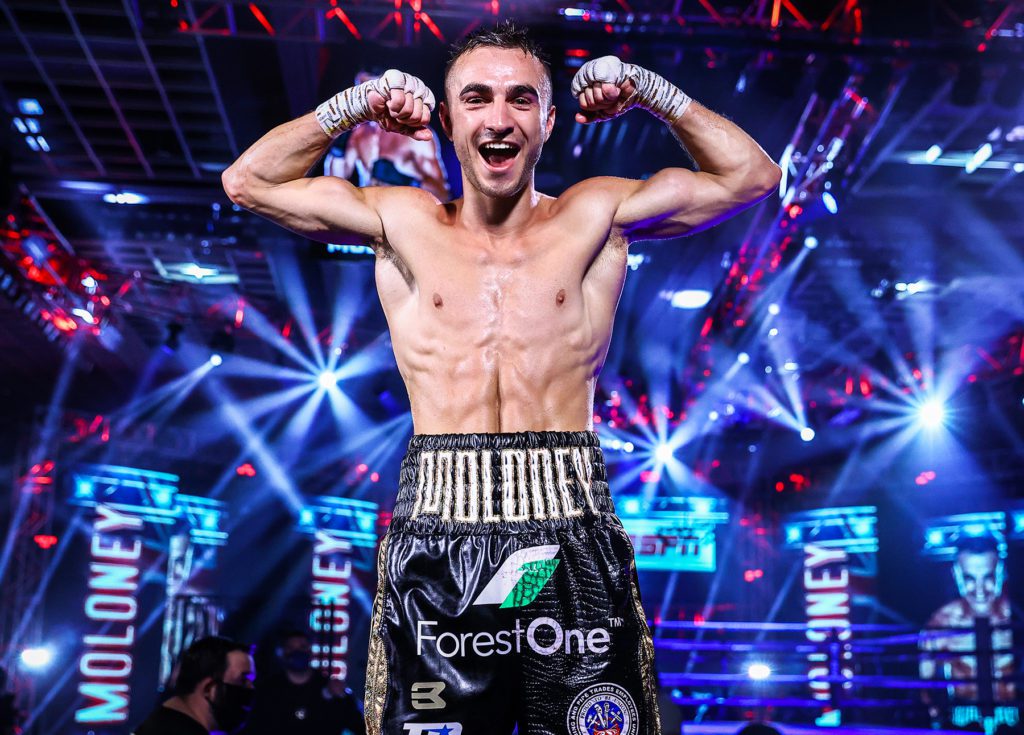 Two familiar former world champion brothers will be back on the Devin Haney-George Kambosos undisputed lightweight rematch card for next month. This, as Top Rank Boxing confirmed that twins Jason and Andrew Moloney are returning to to action in Melbourne, Australia.

The final step towards achieving my dream!
The stakes don’t get much bigger than this.

Thank you to Top Rank and my team for this huge opportunity. I’m ready to grab it with both hands! pic.twitter.com/V8chAjC6Qe

From the Top Rank Boxing release,

Former world champion Andrew Moloney, Jason’s twin brother, battles Dominican contender Norbelto Jimenez in a 10-rounder for the vacant WBO International junior bantamweight title. The Moloney Brothers grew up in Mitcham, a suburb of Melbourne, and will have the home soil advantage.

Jason Moloney (24-2, 19 KOs) fell short in his two shots at the bantamweight title, dropping a split decision to Emmanuel Rodriguez in 2018 and succumbing via seventh-round stoppage to Naoya Inoue in 2020. Since the Inoue setback, he has won three in a row, including a stunning third-round knockout over Aston Palicte on the Kambosos-Haney 1 undercard in June. Kaikanha (56-1-1, 46 KOs) has won 20 consecutive fights since a 2017 TKO loss to Juan Hernandez Navarrete for the vacant WBC flyweight world title.

He has been campaigning at bantamweight for more than three years, winning 12 straight by stoppage. Kaikanha has never fought outside of Thailand and will make the nine-hour flight to fight Moloney in hostile territory.

“This fight is one final steps towards me achieving my dream and becoming world champion,” Jason Moloney said. “Nawaphon Kaikanha is a very experienced and capable opponent who has had 58 professional fights and only one defeat. To have this fight in Melbourne, at Rod Laver Arena, in front of all my family and friends, is amazing and gives me even more motivation. Thank you to my manager, Tony Tolj, Top Rank, and everyone involved for making this fight happen. I will grab this opportunity with both hands and earn my shot at becoming the WBC world champion.”

Andrew Moloney (24-2, 16 KOs) held the WBA 115-pound world title briefly until Joshua Franco dethroned him in June 2020, but three fights against the American standout introduced him to an international audience. Moloney has kept active since a decision defeat to Franco last August, going 3-0 and rising the junior bantamweight rankings. Like his brother, Andrew Moloney made the most of his homecoming on the Kambosos-Haney 1 bill.

He busted the right eye of Alexander Espinoza, who retired on his stool following the second round. Jimenez (31-9-6, 16 KOs) is a two-time world title challenger who is unbeaten in four fights, a run that includes a spirited draw last December against four-weight world champion Donnie Nietes. He has authored a remarkable career turnaround, as he began his career 2-8-1. Since that low-water mark, Jimenez is 29-1-5 over the past 11-plus years.

“I’m hoping that an impressive win over Jimenez earns me a shot at one of the world champions next,” Andrew Moloney said. “This is exactly the type of fight I’ve been wanting, to show the improvements I have made and that I am ready to become world champion again. I’m coming to put on the best performance of my career.”

Haney-Kambosos 2 will be broadcast live on ESPN, ESPN Deportes and ESPN+ at 10:30 p.m. ET/7:30 p.m. PT. Undercard bouts will stream live and exclusively on ESPN+.