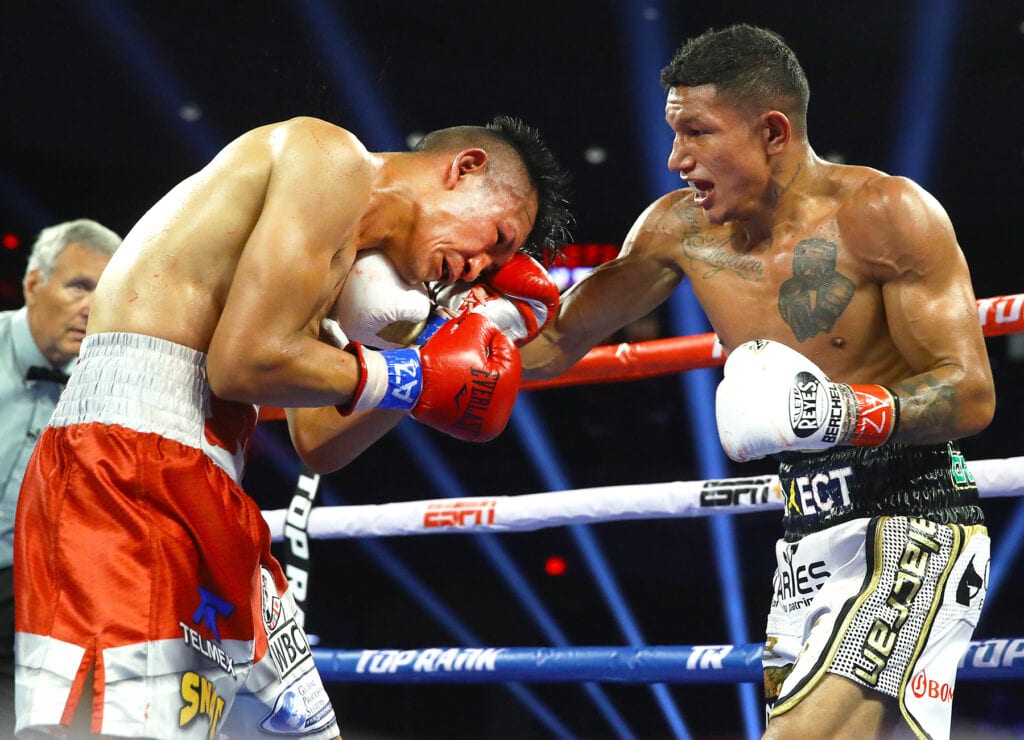 Miguel Berchelt-Oscar Valdez Back On For January

In what has been a common obstacle late in 2020, a Covid 19 diagnosis postponed WBC Super Featherweight Champ Miguel Berchelt’s latest title defense that was to have been last weekend. But now, he will apparently be able to follow through and battle Oscar Valdez in February

Yahoo Sports boxing insider, Kevin Iole, reported first Monday night that the fight is back on for the MGM Grand Las Vegas “bubble” in February,

The Belchert-Valdez fight has bee rescheduled for Feb. 20 on ESPN. Should be awesome fight

As we wrote last month, the Berchelt- Valdez fight was not formally announced, but Top Rank Boxing promoter Bob Arum had said in multiple interviews that Berchelt’s defense was tentatively scheduled last Staurday in their Vegas “bubble.” That is until Berchelt tested positive and had to stop training the month before the scheduled bout.

Berchelt was last action back in June. That’s when, he stopped Eleazar Valenzuela in the 6th round in a title defense at the TV Azteca Studios in Mexico City. Berchelt  knocked down Valenzuela  in the opening round, then continued with a body-head assault until a barrage of rights and left hooks upstairs prompted referee Cesar Castanon to stop the fight at 1:13 of in the sixth.

That win improved Berchelt to 38 – 1 with 34 KOs and put him in position for a higher profile defense. Valdez was also victorious earlier this year in the Vegas bubble back in July. That’s when he stopped Super Featherweight veteran Jason Velez in the 9th round of their main event.

It is believed that, if Berchelt gets past the 28 – 0 Valdez, that Arum and Top Rank would eventually want him to take a unification battle with WBO 130 lb. champ Jamel Herring later in 2021.

Herring must first get past former two division World Champ Carl Frampton of Ireland in an upcoming showdown that will likely be announced for late January of February. That would be the toughest test of Herring’s championship career and increase the interest for a bout with Berchelt or Valdez.